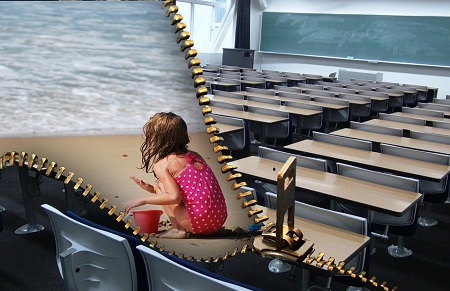 Alternative education is a blanket term encompassing many different pedagogical approaches differing from that of the mainstream pedagogy employed in a culture. Such alternative learning environments may be found within state, charter, and independent schools as well as home-based learning environments. Many, but not all educational alternatives emphasize small class sizes, close relationships between students and teachers and a sense of community. The legal framework for such education varies by locality, and determines any obligation to conform with mainstream standard tests and grades.

Alternative pedagogical approaches may include different structures, as in the open classroom, different teacher-student relationships, as in the Quaker and free schools, and/or differing curricula and teaching methods, as in the Waldorf and Montessori schools. Synonyms for "alternative" in this context include "non-traditional," "non-conventional" and "non-standardized". Alternative educators use terms such as "authentic", "holistic" and "progressive".

Alternative education grew up in response to the establishment of standardized and compulsory education over the last two to three centuries. Educators including Jean-Jacques Rousseau, Swiss humanitarian Johann Heinrich Pestalozzi; the American transcendentalists Amos Bronson Alcott, Ralph Waldo Emerson, and Henry David Thoreau; founders of progressive education John Dewey and Francis Parker, and educational pioneers such as Friedrich Fröbel, Maria Montessori and Rudolf Steiner believed that education should cultivate the developing child on many levels: not only intellectually, but also morally and spiritually, emotionally and psychologically, and physically. After World War II an alternative Reggio Emilia approach to early-childhood education was developed in Italy, introduced by Loris Malaguzzi.

Cultural critics such as John Caldwell Holt, Paul Goodman, Frederick Mayer and George Dennison have examined education from individualist, anarchist, and libertarian perspectives. Other writers, from Paulo Freire to American educators Herbert Kohl and Jonathan Kozol, have criticized mainstream Western education from the viewpoint of liberal and radical politics. The argument for an approach catering to the interests and learning style of an individual is supported by research suggesting that a learner-responsible model is more effective than a teacher-responsible one. Ron Miller has identified five elements common to educational alternatives:

A variety of educational alternatives exist at the elementary, secondary and tertiary level in four categories: school choice, independent schools and home-based education. The U.S. Department of Education's document State Regulation of Private Schools reports on the legal requirements that apply to K-12 private schools in each of the states, including any curriculum requirements. The report states that it is intended as a reference for public and nonpublic school officials and state policy-makers. The report confirms that similar areas of education are approached in a variety of ways.

Public-school alternatives in the U.S. include separate schools, classes, programs and semi-autonomous "schools within schools". Public school-choice options are open to all students, although some have waiting lists. Among these are charter schools, combining private initiatives and state funding, and magnet schools, which attract students to a particular program (such as the performing arts).

Independent, or private, schools have flexibility in staff selection and educational approach. Many are Montessori and Waldorf schools (the latter also known as Steiner schools, after their founder Rudolf Steiner). Other independent schools include democratic or free schools, such as Clonlara School, which is the oldest, continually operating K-12 alternative school in the country, the Sudbury schools, open classroom schools, those based on experiential education and schools using an international curriculum such as the International Baccalaureate and Round Square schools. 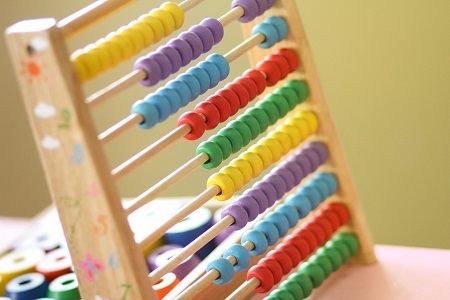 seeking alternatives for educational, philosophical or religious reasons, or if there is no nearby educational alternative may opt for home-based education. A minor branch is unschooling, an approach based on interest rather than a curriculum. Others enroll in umbrella schools which provide a curriculum. Homeschool courses give students in-depth, personal attention in any subject with which they struggle or excel. Some homeschool families form a cooperative, where parents with expertise in a subject may teach children from a number of families while their children are taught by other parents.

Self-directed inquiry is recognized at all levels of education, from the "unschooling" of children to the autodidacticism of adults, and may occur separately from (or with) traditional forms of education.