April Fools' Day (sometimes called All Fools' Day) is celebrated every year on April 1st by playing practical jokes and spreading hoaxes. The jokes and their victims are called April fools. People playing April Fool jokes expose their prank by shouting April Fool. Some newspapers, magazines, and other published media report fake stories, which are usually explained the next day or below the news section in small letters. Although popular since the 19th century, the day is not a public holiday in any country. Geoffrey Chaucer's The Canterbury Tales (1392) contains the first recorded association between April 1st and foolishness. 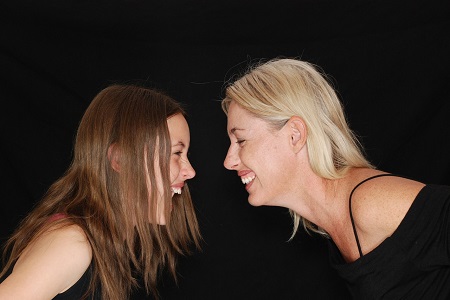 The custom of setting aside a day for the playing of harmless pranks upon one's neighbor is recognized everywhere. Some precursors of April Fools' Day include the Roman festival of Hilaria.

In Chaucer's Canterbury Tales (1392), the "Nun's Priest's Tale" is set Syn March bigan thritty dayes and two. Modern scholars believe that there is a copying error in the extant manuscripts and that Chaucer actually wrote, Syn March was gon. Thus the passage originally meant 32 days after March, i.e. May 2nd, the anniversary of the engagement of King Richard II of England to Anne of Bohemia, which took place in 1381. Readers apparently misunderstood this line to mean "32 March", i.e. April 1st. In Chaucer's tale, the vain cock Chauntecleer is tricked by a fox.

In 1508, French poet Eloy d'Amerval referred to a poisson d’avril (April fool, literally "Fish of April"), a possible reference to the holiday. In 1539, Flemish poet Eduard de Dene wrote of a nobleman who sent his servants on foolish errands on April 1st. In 1686, John Aubrey referred to the holiday as "Fooles holy day", the first British reference. On April 1st, 1698, several people were tricked into going to the Tower of London to "see the Lions washed".

In the Netherlands, the origin of April Fools' Day is often attributed to the Dutch victory at Brielle in 1572, where the Spanish Duke Álvarez de Toledo was defeated. "Op 1 april verloor Alva zijn bril." is a Dutch proverb, which can be translated to: "On the first of April, Alva lost his glasses." In this case, the glasses ("bril" in Dutch) serve as a metaphor for Brielle. This theory, however, provides no explanation for the international celebration of April Fools' Day.

As well as people playing pranks on one another on April Fools' Day, elaborate practical jokes have appeared on radio and TV stations, newspapers, web sites, and have been performed by large corporations. In one famous prank from 1957, the BBC broadcast a film in their Panorama current affairs series purporting to show Swiss farmers picking freshly-grown spaghetti, in what they called the Swiss Spaghetti Harvest. The BBC were later flooded with requests to purchase a spaghetti plant, forcing them to declare the film a hoax on the news the next day. On April Fools' Day 2016, online football news channel Goal.com falsely reported that FC Barcelona winger Lionel Messi agreed to a €500 million deal to sign with Real Madrid for five years. The reporter's name used in the article was "Lirpa Loof", which is "April Fool" spelled backwards. With the advent of the Internet and readily available global news services, April Fools' pranks can catch and embarrass a wider audience than ever before.

practice of April Fool pranks and hoaxes is controversial. The mixed opinions of critics are epitomised in the reception to the 1957 BBC "Spaghetti-tree hoax", in reference to which, newspapers were split over whether it was "a great joke or a terrible hoax on the public".

The positive view is that April Fools' can be good for one's health because it encourages "jokes, hoaxes...pranks, [and] belly laughs", and brings all the benefits of laughter including stress relief and reducing strain on the heart. There are many "best of" April Fools' Day lists that are compiled in order to showcase the best examples of how the day is celebrated. Various April Fools' campaigns have been praised for their innovation, creativity, writing, and general effort.

The negative view describes April Fools' hoaxes as "creepy and manipulative", "rude", and "a little bit nasty", as well as based on schadenfreude and deceit. When genuine news is published on April Fools' Day, it is occasionally misinterpreted as a joke—for example, when Google, known to play elaborate April Fools' Day hoaxes, announced the launch of Gmail with 1-gigabyte inboxes in 2004, an era when competing webmail services offered 4 MB or less, many dismissed it as a joke outright. On the other hand, sometimes stories intended as jokes are taken seriously. Either way, there can be adverse effects, such as confusion, misinformation, waste of resources (especially when the hoax concerns people in danger), and even legal or commercial consequences.