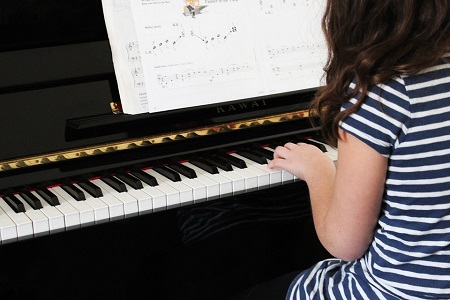 psychology research literature, the term child prodigy is defined as a person under the age of ten who produces meaningful output in some domain to the level of an adult expert performer. Child prodigies are rare; and, in some domains, there are no child prodigies at all. Prodigiousness in childhood does not always predict adult eminence.

The term Wunderkind (from German: Wunderkind, literally "wonder child") is sometimes used as a synonym for "prodigy", particularly in media accounts. Wunderkind also is used to recognize those who achieve success and acclaim early in their adult careers.

PET scans performed on several mathematics prodigies have suggested that they think in terms of long-term working memory (LTWM). This memory, specific to a field of expertise, is capable of holding relevant information for extended periods, usually hours. For example, experienced waiters have been found to hold the orders of up to twenty customers in their heads while they serve them, but perform only as well as an average person in number-sequence recognition. The PET scans also answer questions about which specific areas of the brain associate themselves with manipulating numbers.

One subject never excelled as a child in mathematics, but he taught himself algorithms and tricks for calculatory speed, becoming capable of extremely complex mental math. His brain, compared to six other controls, was studied using the PET scan, revealing separate areas of his brain that he manipulated to solve the complex problems. Some of the areas that he and presumably prodigies use are brain sectors dealing in visual and spatial memory, as well as visual mental imagery. Other areas of the brain showed use by the subject, including a sector of the brain generally related to childlike "finger counting", probably used in his mind to relate numbers to the visual cortex. 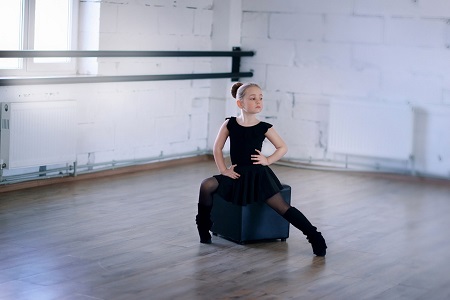 Some researchers believe that prodigious talent tends to arise as a result of the innate talent of the child, and the energetic and emotional investment that the child ventures. Others believe that the environment plays the dominant role, many times in obvious ways. For example, László Polgár set out to raise his children to be chess players, and all three of his daughters went on to become world-class players (two of whom are grandmasters), emphasizing the potency a child's environment can have in determining the pursuits toward which a child's energy will be directed, and showing that an incredible amount of skill can be developed through suitable training.

But on the other hand George Frideric Handel was an example of the natural talent ... "he had discovered such a strong propensity to music, that his father who always intended him for the study of the Civil Law, had reason to be alarmed. He strictly forbade him to meddle with any musical instrument but Handel found means to get a little clavichord privately convey'd to a room at the top of the house. To this room he constantly stole when the family was asleep". Despite his father's opposition, Handel became a skillful performer on the harpsichord and pipe organ.

Prodigiousness in childhood is not always maintained into adulthood. Some researchers have found that gifted children fall behind due to lack of effort. Jim Taylor, professor at the University of San Francisco, theorizes that this is because gifted children experience success at an early age with little to no effort and may not develop ownership of success. Therefore, these children might not develop a connection between effort and outcome. Some children might also believe that they can succeed without effort in the future as well. Dr. Anders Ericcson, professor at Florida State University, researches expert performance in sports, music, mathematics, and other activities. His findings demonstrate that prodigiousness in childhood is not a strong indicator of later success. Rather, the amount of hours devoted to the activity was a better indicator.

Gifted children will sometimes have their own unique set of needs and can often struggle in nonacademic areas. Since these children are usually viewed as natural achievers it can be even more difficult for them to receive the special assistance they need in areas not directly related to academic performance. In most cases there are five specific special needs common to children who are identified as gifted:

Gifted children often struggle with interpersonal relationships with peers. They may find it difficult to relate to others and may recognize that they are different than most children. Thus, these children might view themselves as needing to be separate.

Gifted children often have trouble paying attention in class which can result with a mixed diagnosis of ADD or ADHD. Although it’s possible for a gifted child to have these disorders, careful diagnostic measures must be taken. Gifted children often lack motivation to complete certain tasks if they feel that they are not being challenged enough. When gifted children aren’t provided with engaging material, their lack of focus may be perceived as an attention deficit disorder. 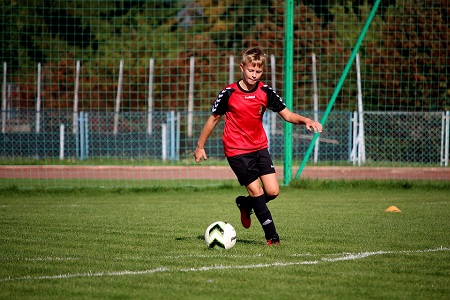 who equate their performance with their self-worth often become perfectionists and struggle to perform to their own ideal standard, often setting bars for themselves that are too high and becoming angry, upset, or even depressed when they fail to meet their own expectations.

Specialists theorize that the spoken word can be difficult for some gifted children because they have the added task of translating the complex ideas in their heads into language that others of similar age can understand. This process can lead to abnormal hesitation when speaking, stuttering, and frustration on the part of the child.