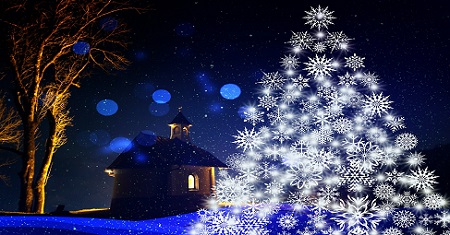 Christmas or Christmas Day is an annual festival commemorating the birth of Jesus Christ, observed most commonly on December 25th as a religious and cultural celebration among billions of people around the world. A feast central to the Christian liturgical year, it is prepared for by the season of Advent or the Nativity Fast and initiates the season of Christmastide, which historically in the West lasts twelve days and culminates on Twelfth Night; in some traditions, Christmastide includes an Octave. The traditional Christmas narrative, the Nativity of Jesus, delineated in the New Testament says that Jesus was born in Bethlehem, in accordance with messianic prophecies; when Joseph and Mary arrived in the city, the inn had no room and so they were offered a stable where the Christ Child was soon born, with angels proclaiming this news to shepherds who then disseminated the message furthermore. Christmas Day is a public holiday in many of the world's nations. It is celebrated religiously by the vast majority of Christians, as well as culturally by a number of non-Christian people, and it is an integral part of the holiday season, even though some Christian groups reject the celebration. In several countries, celebrating Christmas Eve on December 24 has the main focus rather than December 25, with gift-giving and sharing a traditional meal with the family.

Although the month and date of Jesus' birth are unknown, by the early-to-mid 4th century the Western Christian Church had placed Christmas on December 25th, a date which was later adopted in the East. Today, most Christians celebrate on December 25th in the Gregorian calendar, which has been adopted almost universally in the civil calendars used in countries throughout the world. However, some Eastern Christian Churches celebrate Christmas on the December 25th of the older Julian calendar, which currently corresponds to January 7th in the Gregorian calendar, the day after the Western Christian Church celebrates the Epiphany. This is not a disagreement over the date of Christmas as such, but rather a preference of which calendar should be used to determine the day that is December 25th. In the Council of Tours of 567, the Church, with its desire to be universal, "declared the twelve days between Christmas and Epiphany to be one unified festal cycle", thus giving significance to both the Western and Eastern dates of Christmas. Moreover, for Christians, the belief that God came into the world in the form of man to atone for the sins of humanity, rather than the exact birth date, is considered to be the primary purpose in celebrating Christmas. 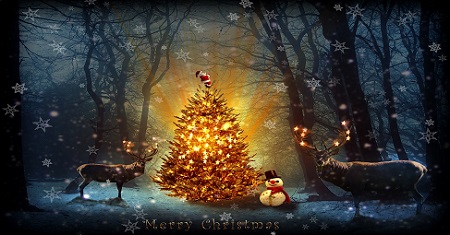 it is not known why December 25th became a date of celebration, there are several factors that may have influenced the choice. December 25th was the date the Romans marked as the winter solstice, and Jesus was identified with the Sun based on an Old Testament verse. The date is exactly nine months following Annunciation, when the conception of Jesus is celebrated. Finally, the Romans had a series of pagan festivals near the end of the year, so Christmas may have been scheduled at this time to appropriate, or compete with, one or more of these festivals.

The celebratory customs associated in various countries with Christmas have a mix of pre-Christian, Christian, and secular themes and origins.Popular modern customs of the holiday include gift giving, completing an Advent calendar or Advent wreath, Christmas music and caroling, lighting a Christingle, an exchange of Christmas cards, church services, a special meal, and the display of various Christmas decorations, including Christmas trees, Christmas lights, nativity scenes, garlands, wreaths, mistletoe, and holly. In addition, several closely related and often interchangeable figures, known as Santa Claus, Father Christmas, Saint Nicholas, and Christkind, are associated with bringing gifts to children during the Christmas season and have their own body of traditions and lore. Because gift-giving and many other aspects of the Christmas festival involve heightened economic activity, the holiday has become a significant event and a key sales period for retailers and businesses. The economic impact of Christmas has grown steadily over the past few centuries in many regions of the world.

Christmas Day is celebrated as a major festival and public holiday in countries around the world, including many whose populations are mostly non-Christian. In some non-Christian areas, periods of former colonial rule introduced the celebration (e.g. Hong Kong); in others, Christian minorities or foreign cultural influences have led populations to observe the holiday. Countries such as Japan, where Christmas is popular despite there being only a small number of Christians, have adopted many of the secular aspects of Christmas, such as gift-giving, decorations, and Christmas trees. 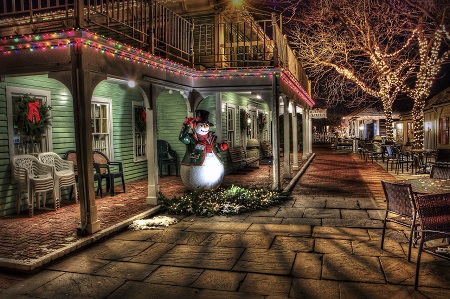 The practice of putting up special decorations at Christmas has a long history. In the 15th century, it was recorded that in London it was the custom at Christmas for every house and all the parish churches to be "decked with holm, ivy, bays, and whatsoever the season of the year afforded to be green". The heart-shaped leaves of ivy were said to symbolize the coming to earth of Jesus, while holly was seen as protection against pagans and witches, its thorns and red berries held to represent the Crown of Thorns worn by Jesus at the crucifixion and the blood he shed.

A special Christmas family meal is traditionally an important part of the holiday's celebration, and the food that is served varies greatly from country to country. Some regions, such as Sicily, have special meals for Christmas Eve, when 12 kinds of fish are served. In the United Kingdom and countries influenced by its traditions, a standard Christmas meal includes turkey, goose or other large bird, gravy, potatoes, vegetables, sometimes bread and cider. Special desserts are also prepared, such as Christmas pudding, mince pies, fruit cake and Yule log cake.

The modern popular image of Santa Claus was created in the United States, and in particular in New York. The transformation was accomplished with the aid of notable contributors including Washington Irving and the German-American cartoonist Thomas Nast (1840–1902). Following the American Revolutionary War, some of the inhabitants of New York City sought out symbols of the city's non-English past. New York had originally been established as the Dutch colonial town of New Amsterdam and the Dutch Sinterklaas tradition was reinvented as Saint Nicholas.

In 1809, the New-York Historical Society convened and retroactively named Sancte Claus the patron saint of Nieuw Amsterdam, the Dutch name for New York City. At his first American appearance in 1810, Santa Claus was drawn in bishops' robes. However, as new artists took over, Santa Claus developed more secular attire. Nast drew a new image of "Santa Claus" annually, beginning in 1863. By the 1880s, Nast's Santa had evolved into the modern vision of the figure, perhaps based on the English figure of Father Christmas. The image was standardized by advertisers in the 1920s and continues through the present day.

The TutorExtra Support Team wishes You a very Merry Christmas! 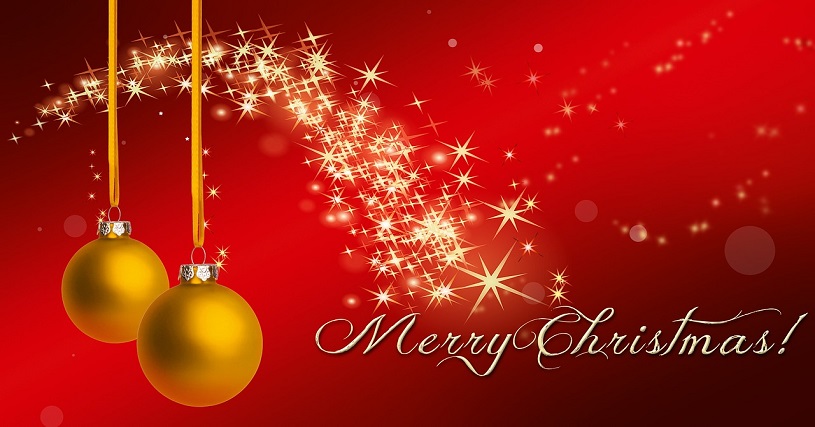