College Admissions In The United States

College Admissions In The United States 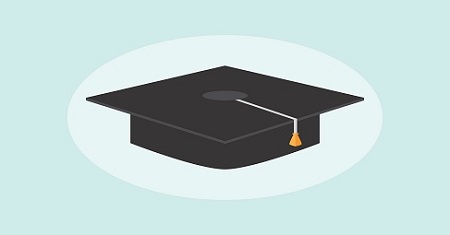 College admissions in the United States refers to the process of applying for entrance to institutions of higher education for undergraduate study at one of the nation's 2,675 schools. Generally, the college search begins in the student's junior year of high school with most activity taking place during the senior year, although students at top high schools often begin the process during their sophomore year or earlier. In addition, there are considerable numbers of students who transfer from one college to another, as well as adults older than high school age who apply to college.

Millions of high school students apply to college each year. While the number of graduates from high school peaked temporarily at 3.3 million in 2008, then to 3.4 million in 2014, numbers have been forecast to decline through 2015 and then rebound thereafter. Still, the number of students enrolled in college is expected to increase through 2020 when there will be approximately 23 million students in college. About a quarter of high school seniors apply to seven or more schools, paying an average of $40 per application. Fewer than half of all students entering college graduate in four years and slightly over half graduate from college during their lifetimes.

The application process takes considerable time and planning since it involves multiple steps, with choices to be made and deadlines to be met. Students file separate applications to each school, although the Common Application expedites the process in many instances. Most undergraduate institutions admit students to the entire college and not to a particular department or major, unlike many European universities and American graduate schools, although some undergraduate programs such as architecture or engineering may require a separate application at some universities. As a general rule, applying to two-year county and community colleges is much easier than to a four-year school, often requiring only a high school transcript or minimum test score. 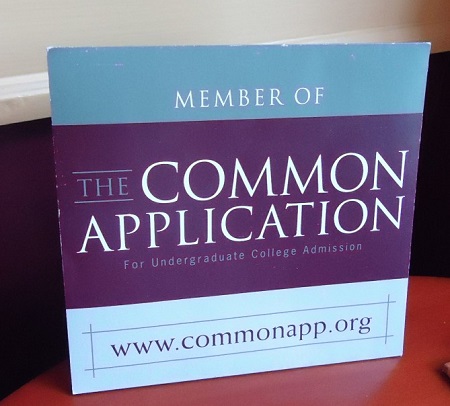 to colleges can be stressful. The outcome of the admission process may affect a student's future career trajectory considerably. Entrance into top colleges is increasingly competitive, and many students feel pressure during their high school years.

The college applications process can be stressful for parents of teenagers, according to journalist Andrew Ferguson, since it exposes "our vanities, our social ambitions and class insecurities, and most profoundly our love and hopes for our children."

Some high schools have one or more teachers experienced in offering counseling to college-bound juniors and seniors. They usually work in conjunction with the guidance department who assist students in planning their high school academic path.

Fee-based consultants, some available entirely online, can be hired to help a student gain admission to the so-called right schools, although there are some free programs to help underprivileged youth learn how to fill out applications, write essays, get ready for tests, and work on interviews.

A typical admission staff at a college includes a dean or vice president for admission or enrollment management, middle-level managers or assistant directors, admission officers, and administrative support staff.

Companies such as the College Board have offered services to help students prepare for their tests and provide other services, usually web-based, to help students compare schools. Some firms work with schools to provide test preparation advisors who teach students how to take the SAT and ACT entrance exams.

Students are usually notified of a college's decision in April, sometimes in the last two weeks of March, unless they had applied using an early approach, and are usually notified by email, although some colleges still send "fat" envelopes (usually an acceptance) or "thin" envelopes (usually a rejection). A trend appears to be declining percentages of acceptances to leading schools. There are indications that the percentage of students who say "yes" to an offer of admission (the yield) has been declining, from 49 percent in 2001 to 43 percent in 2009. Admitted students may also be awarded financial aid. There are two kinds of financial aid: need-based aid, awarded entirely on the financial specifics of the student's family, and merit-based aid, given to students judged to show exceptional academic promise. Several reports confirm that accepted students who are dissatisfied with an aid offer should contact the college to see if the offer can be improved. International students who have been accepted should complete an I-20 form. 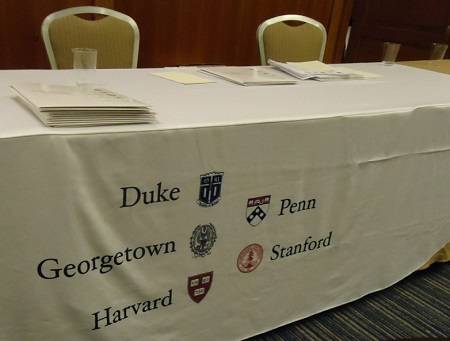 A disappointing aid package may be appealed with a polite call to the school's financial aid office, while being thankful for any funds that have already been offered. In some cases, it is possible to bargain with a school for a more generous aid package, particularly if there is a more generous offer from a second school that the first school sees as a competitor. One report suggested that even by May 2012, 375 colleges still had space for freshmen or transfer applicants for fall of 2012. Seniors accepted to college are expected to maintain good grades during the spring; for example, one hundred high school applicants accepted to Texas Christian University, whose grades plummeted in the spring of their senior year as a symptom of senioritis, received so-called "fear of God" letters from an admissions dean asking them to explain themselves, and threatening to rescind offers of admission.