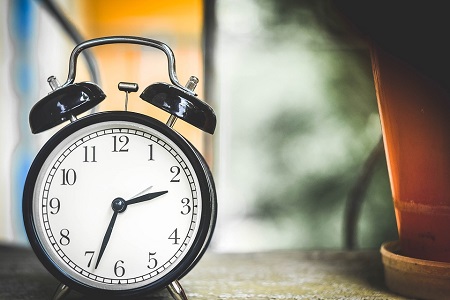 Daylight saving time (abbreviated DST), also sometimes erroneously referred to as daylight savings time, is the practice of advancing clocks during summer months so that evening daylight lasts longer, while sacrificing normal sunrise times. Typically, regions that use daylight saving time adjust clocks forward one hour close to the start of spring and adjust them backward in the autumn to standard time.

American inventor and politician Benjamin Franklin proposed a form of daylight time in 1784. He wrote an essay "An Economical Project for Diminishing the Cost of Light" to the editor of The Journal of Paris, suggesting, somewhat jokingly, that Parisians could economize candle usage by getting people out of bed earlier in the morning, making use of the natural morning light instead. New Zealander George Hudson proposed the idea of daylight saving in 1895. The German Empire and Austria-Hungary organized the first nationwide implementation, starting on April 30, 1916. Many countries have used it at various times since then, particularly since the energy crisis of the 1970s.

The practice has both advocates and critics. Some early proponents of DST aimed to reduce evening use of incandescent lighting—once a primary use of electricity—today's heating and cooling usage patterns differ greatly, and research about how DST affects energy use is limited and contradictory.

Industrialized societies generally follow a clock-based schedule for daily activities that do not change throughout the course of the year. The time of day that individuals begin and end work or school, and the coordination of mass transit, for example, usually remain constant year-round. In contrast, an agrarian society's daily routines for work and personal conduct are more likely governed by the length of daylight hours and by solar time, which change seasonally because of the Earth's axial tilt. North and south of the tropics daylight lasts longer in summer and shorter in winter, with the effect becoming greater as one moves away from the tropics.

By synchronously resetting all clocks in a region to one hour ahead of standard time (one hour "fast"), individuals who follow such a year-round schedule will wake an hour earlier than they would have otherwise; they will begin and complete daily work routines an hour earlier, and they will have available to them an extra hour of daylight after their workday activities. However, they will have one fewer hour of daylight at the start of each day, making the policy less practical during winter.

While the times of sunrise and sunset change at roughly equal rates as the seasons change, proponents of Daylight Saving Time argue that most people prefer a greater increase in daylight hours after the typical "nine to five" workday. Supporters have also argued that DST decreases energy consumption by reducing the need for lighting and heating, but the actual effect on overall energy use is heavily disputed.

The manipulation of time at higher latitudes (for example Iceland, Nunavut or Alaska) has little impact on daily life, because the length of day and night changes more extremely throughout the seasons (in comparison to other latitudes), and thus sunrise and sunset times are significantly out of phase with standard working hours regardless of manipulations of the clock. DST is also of little use for locations near the equator, because these regions see only a small variation in daylight in the course of the year. The effect also varies according to how far east or west the location is within its time zone, with locations farther east inside the time zone benefiting more from DST than locations farther west in the same time zone.

Dispute Over Benefits And Drawbacks 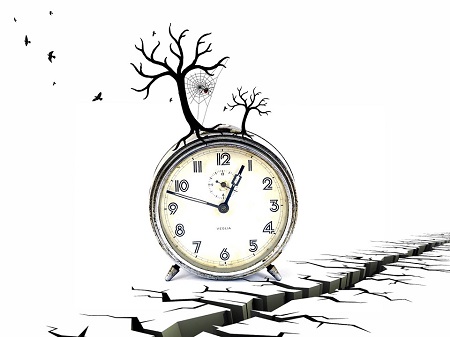 of DST generally argue that it saves energy, promotes outdoor leisure activity in the evening (in summer), and is therefore good for physical and psychological health, reduces traffic accidents, reduces crime, or is good for business. Groups that tend to support DST are urban workers, retail businesses, outdoor sports enthusiasts and businesses, tourism operators, and others who benefit from increased light during the evening in summer.

Opponents argue that actual energy savings are inconclusive, that DST increases health risks such as heart attack, that DST can disrupt morning activities, and that the act of changing clocks twice a year is economically and socially disruptive and cancels out any benefit. Farmers have tended to oppose DST.

Common agreement about the day's layout or schedule confers so many advantages that a standard DST schedule has generally been chosen over ad hoc efforts to get up earlier. The advantages of coordination are so great that many people ignore whether DST is in effect by altering their nominal work schedules to coordinate with television broadcasts or daylight. DST is commonly not observed during most of winter, because its mornings are darker; workers may have no sunlit leisure time, and children may need to leave for school in the dark. Since DST is applied to many varying communities, its effects may be very different depending on their culture, light levels, geography, and climate; that is why it is hard to make generalized conclusions about the absolute effects of the practice. Some areas may adopt DST simply as a matter of coordination with others rather than for any direct benefits.

A move to "permanent daylight saving time" (staying on summer hours all year with no time shifts) is sometimes advocated, and has in fact been implemented in some jurisdictions such as Argentina, Chile, Iceland, Singapore, Uzbekistan, Belarus and Turkey. It could be a result of following the timezone of neighbouring region, political will or other causes. Advocates cite the same advantages as normal DST without the problems associated with the twice yearly time shifts. However, many remain unconvinced of the benefits, citing the same problems and the relatively late sunrises, particularly in winter, that year-round DST entails. Russia switched to permanent DST from 2011 to 2014, but the move proved unpopular because of the late sunrises in winter, so the country switched permanently back to "standard" or "winter" time in 2014. The United Kingdom also experimented with year-round summer time between 1968 and 1971, and put clocks forward by an extra hour during World War II.