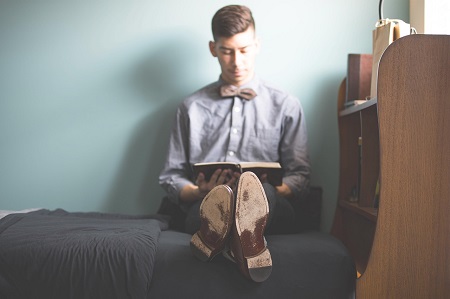 and Jane are the main characters in popular basal readers written by William S. Gray and Zerna Sharp and published by Scott Foresman, that were used to teach children to read from the 1930s through to the 1970s in the United States. There is controversy as to plagiarism of another work, however, with Gray accused of copying Fred Schonell's similar Dick and Dora readers found in his Happy Venture Playbooks. There is another claim to the development of the Dick and Jane readers and according to the history of the Institute for Juvenile Research, psychologist Marion Monroe developed methods for early childhood reading programs, which led to the Dick and Jane Readers. Gray's main focus was to develop the Curriculum Foundation Series of books for Scott, Foresman and Company. His vision was to tie "subject area" books in health, science, social studies, and arithmetic (each discipline having its own series of graded texts also published by Scott, Foresman and Company) with the vocabulary mastered in the basic readers, thus vastly improving readability in these same areas.

The main characters, Dick and Jane, were a little boy and girl. Supporting characters included Baby (or Sally), Mother, Father, Spot (originally a cat in the 1930s, but a dog in later editions), Puff the cat, and Tim the teddy bear. They first appeared in the Elson-Gray Readers used in the 1930s, which themselves were heavily revised and enlarged editions of the Elson Readers originally produced by William H. Elson in the 1920s. The books relied on the whole word or sight word reading method (not to be confused with whole language) and repetition, using phrases like "Oh, see. Oh, see Jane. Funny, funny Jane", but they did not totally ignore phonics. Phonetic analysis was part of each reading lesson, although not to the degree one would associate with learning to read by pure phonics. For this reason, they came to be used less and less as studies supported phonics as a more effective method of gaining literacy. Texts in the primary grades emphasized Learning to Read, but in fourth grade and above the focus was Reading to Learn, with content becoming very important.

The simple but distinctive illustrations for the books were done by artists Eleanor Campbell and Keith Ward. Robert Childress did the illustrations during the 1950s. Richard Wiley took over the illustrations in the 1960s, and was the first to include African American characters in the book series.

Black characters and characters from other races and cultures were not introduced until 1965, when Dick and Jane books were already declining in popularity. In 1955, Rudolf Flesch criticized the Dick and Jane series in his book Why Johnny Can't Read, and the push for multiculturalism, and stronger presentation of other races and cultures was partially a reaction to the cultural homogeneity of the series. Harold Henderson provides an alternative explanation of the failures of "Dick and Jane" in Let's Kill Dick and Jane; the series focused on trivial aspects of reading and left children far behind their peers in Europe.

First editions of the books now fetch as much as US$200. The books were reissued in 2003 by Grosset & Dunlap, an imprint of Penguin Group, and over 2.5 million copies were sold, but this time the publishers had warned against using them to teach reading to children. Related merchandise, such as shirts and magnets, also gained wide popularity, particularly among people who had never been exposed to the original series, but were familiar with catchphrases like "See Spot run!".