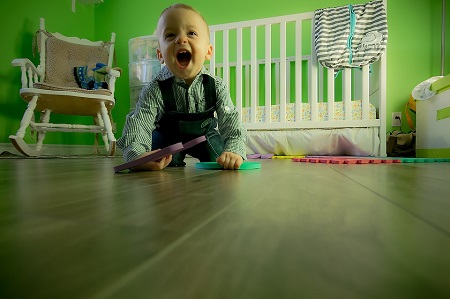 In the past decade, there has been a national push for state and federal policy to address the early years as a key component of public education. At the federal level, the Obama administration made the Race to the Top Early Learning Challenge a key tenet of their education reform initiative, awarding $500 million to states with comprehensive early childhood education plans. In addition, a largely Democratic contingent sponsored the Strong Start for America’s Children Act in 2013, which provides free early childhood education for low-income families. Specifically, the Act would generate the impetus and support for states to expand ECE; provide funding through formula grants and Title II (Learning Quality Partnerships), III (Child Care) and IV (Maternal, Infant and Home Visiting) funds; and hold participating states accountable for Head Start early learning standards.

Head Start grants are awarded directly to public or private non-profit organizations, including community-based and faith-based organizations, or for-profit agencies within a community that wish to compete for funds. The same categories of organizations are eligible to apply for Early Head Start, except that applicants need not be from the community they will be serving.

Many states have created new early childhood education agencies. Massachusetts was the first state to create a consolidated department focused on early childhood learning and care. Just in the past fiscal year, state funding for public In Minnesota, the state government created an Early Learning scholarship program, where families with young children meeting free and reduced price lunch requirements for kindergarten can receive scholarships to attend ECE programs. In California, Senator Darrell Steinberg led a coalition to pass the Kindergarten Readiness Act, which creates a state early childhood system supporting children from birth to age five and provides access to ECE for all 4-year-olds in the state. It also created an Early Childhood Office charged with creating an ECE curriculum that would be aligned with the K-12 continuum.

Currently, one of America's larger challenges regarding ECE is an dearth in workforce, partly due to low compensation for rigorous work. The average early childhood teaching assistant earns an annual salary of $10,500 while the highest paid early childhood educators earn an average $18,000 per year. The turnover of ECE staff averages 31% per year. Another challenge is to ensure the quality of ECE programs. Because ECE is a relatively new field, there is little research and consensus into what makes a good program. However, the National Association of the Education of Young Children (NAEYC) is a national organization that has identified evidence-based ECE standards and accredits quality programs. Continuing the leadership role it established with the Common Core, the federal government could play a key role in establishing ECE standards for states.

The American legal system has also played a hand in public ECE. State adequacy cases can also create a powerful legal impetus for states to provide universal access to ECE, drawing upon the rich research illustrating that by the time they enter school, students from low-income backgrounds are already far behind other students. The New Jersey case Abbott County School District v. Burke and South Carolina case Abbeville County School District v. State have established early but incomplete precedents in looking at "adequate education" as education that addresses needs best identified in early childhood, including immediate and continuous literacy interventions.

In the 1998 case of Abbott v. Burke (Abbott V), the New Jersey Supreme Court required New Jersey’s poorest school districts to implement high-quality ECE programs and full day kindergarten for all three and four-year-olds. Beyond ruling that New Jersey needed to allocate more funds to preschools in low-income communities in order to reach "educational adequacy," the Supreme court also authorized the state department of education to cooperate "with… existing early childhood and daycare programs in the community" to implement universal access.

In the 2005 case of Abbeville v. State, the South Carolina Supreme Court decided that ECE programs were necessary to break the "debilitating and destructive cycle of poverty for low-income students and poor academic achievement." Besides mandating that all low-income children have access to ECE by age three, the court also held that early childhood interventions—such as counseling, special needs identification, and socio-emotional supports—continue through grade three (Abbeville, 2005). The court furthermore argued that ECE was not only imperative for educational adequacy but also that "the dollars spent in early childhood intervention are the most effective expenditures in the educational process."