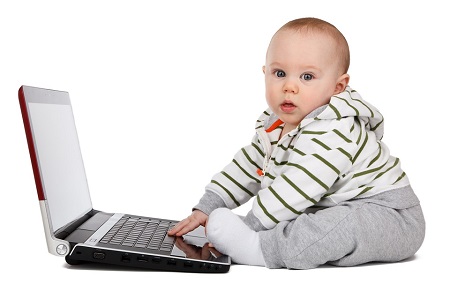 childhood education (ECE; also nursery education) is a branch of education theory which relates to the teaching of young children (formally and informally) up until the age of about eight. Infant/toddler education, a subset of early childhood education, denotes the education of children from birth to age two. It emerged as a field of study during the Enlightenment, particularly in European countries with high literacy rates. It continued to grow through the nineteenth century as universal primary education became a norm in the Western world. In recent years, early childhood education has become a prevalent public policy issue, as municipal, state, and federal lawmakers consider funding for preschool and pre-K. It is described as an important period in child's development. It refers to the allround development of a child's personality.

The history of early childhood care and education (ECCE) refers to the development of care and education of children between zero and eight years old throughout history. ECCE has a global scope, and caring for and educating young children has always been an integral part of human societies. Arrangements for fulfilling these societal roles have evolved over time and remain varied across cultures, often reflecting family and community structures as well as the social and economic roles of women and men. Historically, such arrangements have largely been informal, involving family, household and community members. The formalization of these arrangements emerged in the nineteenth century with the establishment of kindergartens for educational purposes and day nurseries for care in much of Europe and North America, Brazil, China, India, Jamaica and Mexico.

While the first two years of a child's life are spent in the creation of a child's first "sense of self", most children are able to differentiate between themselves and others by their second year. This differentiation is crucial to the child's ability to determine how they should function in relation to other people. Parents can be seen as a child's first teacher and therefore an integral part of the early learning process.

Early childhood attachment processes that occurs during early childhood years 0–2 years of age, can be influential to future education. With proper guidance and exploration children begin to become more comfortable with their environment, if they have that steady relationship to guide them. Parents who are consistent with response times, and emotions will properly make this attachment early on. If this attachment is not made, there can be detrimental effects on the child in their future relationships and independence. There are proper techniques that parents and caregivers can use to establish these relationships, which will in turn allow children to be more comfortable exploring their environment. Academic Journal Reference This provides experimental research on the emphasis on caregiving effecting attachment. Education for young students can help them excel academically and socially. With exposure and organized lesson plans children can learn anything they want to. The tools they learn to use during these beginning years will provide lifelong benefits to their success. Developmentally, having structure and freedom, children are able to reach their full potential.

Early childhood education often focuses on learning through play, based on the research and philosophy of Jean Piaget, which posits that play meets the physical, intellectual, language, emotional and social needs (PILES) of children. Children's curiosity and imagination naturally evoke learning when unfettered. Learning through play will allow a child to develop cognitively. Thus, children learn more efficiently and gain more knowledge through activities such as dramatic play, art, and social games.

Tassoni suggests that "some play opportunities will develop specific individual areas of development, but many will develop several areas." Thus, It is important that practitioners promote children’s development through play by using various types of play on a daily basis. Allowing children to help get snacks ready helps develop math skills (one-to-one ratio, patterns, etc.), leadership, and communication. Key guidelines for creating a play-based learning environment include providing a safe space, correct supervision, and culturally aware, trained teachers who are knowledgeable about the Early Years Foundation.

In a more contemporary approach, organizations such as the National Association of the Education of Young Children (NAEYC) promote child-guided learning experiences, individualized learning, and developmentally appropriate learning as tenets of early childhood education. 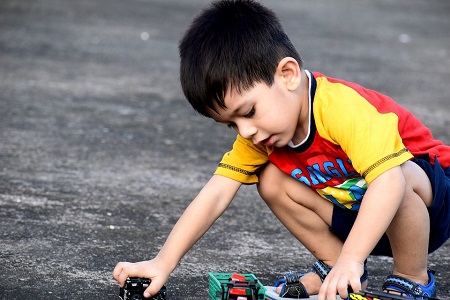 Many oppose the theory of learning through play because they think children are not gaining new knowledge. In reality, play is the first way children learn to make sense of the world at a young age. As children watch adults interact around them, they pick up on their slight nuances, from facial expressions to their tone of voice. They are exploring different roles, learning how things work, and learning to communicate and work with others. These things cannot be taught by a standard curriculum, but have to be developed through the method of play. Many preschools understand the importance of play and have designed their curriculum around that to allow children to have more freedom. Once these basics are learned at a young age, it sets children up for success throughout their schooling and their life. Many Early Childhood programs provide real life props and activities to enrich the children's play, enabling them to learn various skills through play.