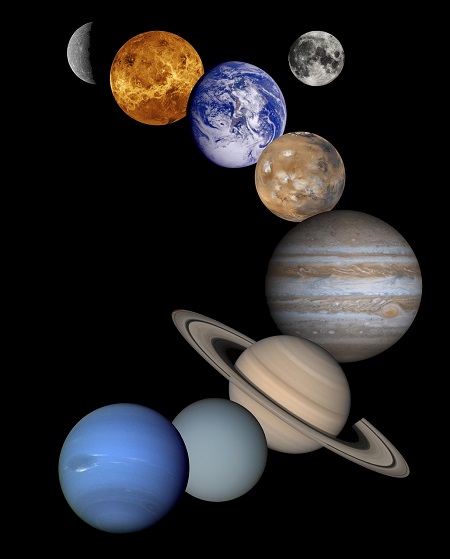 Extraterrestrial real estate is land on other planets or natural satellites or parts of space that is sold either through organizations or by individuals. Ownership of extraterrestrial real estate is not recognized by any authority. Nevertheless, some private individuals and organizations have claimed ownership of celestial bodies, such as the Moon, and are actively involved in "selling" parts of them through certificates of ownership termed "Lunar deeds", "Martian deeds" or similar. These "deeds" have no legal standing.

The topic of real estate on celestial objects has been present since the 1890s. Dean Lindsay made claims for all extraterrestrial objects on June 15, 1936. The public sent offers to buy objects from him as well.

The United Nations sponsored 1967 "Outer Space Treaty" established all of outer space as an international commons by describing it as the "province of all mankind" and forbidding all the nations from claiming territorial sovereignty. Article VI vests the responsibility for activities in space to States Parties, regardless of whether they are carried out by governments or non-governmental entities. The Outer Space Treaty of 1967 has currently been ratified by 102 countries, including all the major space-faring nations. It has also been signed by 26 other nations but not yet ratified.

The international Moon Treaty, finalised in 1979 and entering into force in 1984, forbids private ownership of extraterrestrial real estate. However, as of January 1, 2013 only 15 states have ratified the agreement, and none of these are major space-faring nations. Kazakhstan has ratified the treaty and is host to the Baikonur Cosmodrome. However, the facility is operated through a leasing agreement by Russia. India, with space missions of its own, has also signed the treaty.

Whether these two treaties are the last word on the subject is disputed. The Outer Space Treaty permits states to withdraw from its terms with one year's notification.

A number of individuals and organisations offer schemes or plans claiming to allow people to purchase portions of the Moon or other celestial bodies. Though the details of some of the schemes' legal arguments vary, one goes so far as to state that although the Outer Space Treaty, which entered force in 1967, forbids countries from claiming celestial bodies, there is no such provision forbidding private individuals from doing so. However, Article VI of this treaty states "The activities of non-governmental entities in outer space, including the moon and other celestial bodies, shall require authorization and continuing supervision by the appropriate State Party to the Treaty." Thus, while it does not explicitly prohibit such schemes, the treaty does require they be authorized by the schemers' government.

The short story The Man Who Sold the Moon by Robert A. Heinlein, which was written in 1949, offers a portrayal regarding such plans or schemes, and created the concept of a Lunar Republic. Heinlein's Stranger in a Strange Land also makes reference to a space law case called the Larkin Decision.

Ownership of empty space can be thought of as a different issue from that of land ownership on extraterrestrial bodies, because of its emptiness, the difficulty of defining its bounds, and the difficulty of keeping anything within it. The United Nations "Outer Space Treaty" reserves space out of the atmosphere for the good of mankind, and effectively prohibits private ownership of arbitrary parcels of empty space, although governments which have not signed the relevant treaties may dispute the UN's authority in this matter.

A space ownership issue of current practical importance is the allocation of slots for satellites in geostationary orbit. This is managed by the International Telecommunication Union. The 1976 Declaration of the First Meeting of Equatorial Countries, also known as the Bogotá Declaration, signed by several countries located on the Earth's equator, attempted to assert sovereignty over those portions of the geosynchronous orbit that continuously lie over the signatory nation's territory. These claims did not receive wider international support or recognition and were subsequently largely abandoned. 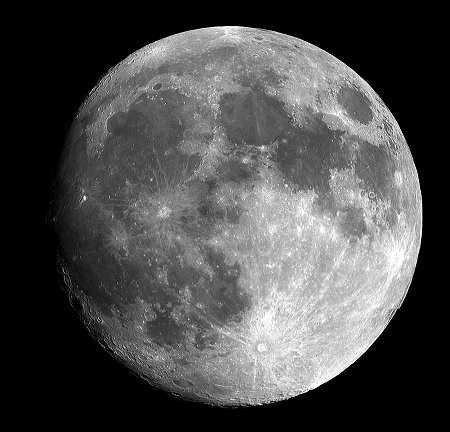 lawyer Jenaro Gajardo Vera became famous for his 1953 claim of ownership of the Moon.

Martin Juergens from Germany claims that the Moon has belonged to his family since July 15, 1756, when the Prussian king Frederick the Great presented it to his ancestor Aul Juergens as a symbolic gesture of gratitude for services rendered, and decreed that it should pass to the youngest born son.

A. Dean Lindsay made claims for all extraterrestrial objects on June 15, 1936, and sent a letter to Pittsburgh Notary Public along with a deed and money for establishment of the property. The public sent offers to buy objects from him as well. He had previously made claims on the Atlantic and Pacific Oceans.

James T. Mangan (1896–1970) was a famous eccentric, public relations man and best-selling author on self-help topics who publicly claimed ownership of outer space in 1948. Mangan founded what he called the Nation of Celestial Space and registered it with the Recorder of Deeds and Titles of Cook County, Illinois, on January 1, 1949.

Robert R. Coles, former chairman of New York's Hayden Planetarium, started "the interplanetary Development Corporation" and sold lots on the moon for one dollar per acre.

Dennis Hope, an American entrepreneur, sells extraterrestrial real estate. In 1980, he started his own business, the Lunar Embassy Commission. As of 2009 Hope claimed to have sold 2.5M 1-acre plots on the Moon, for around US$20 per acre. He allocates land to be sold by closing his eyes and randomly pointing to a map of the Moon. He claims two former US presidents as customers, stating Jimmy Carter and Ronald Reagan had aides purchase them plots on the moon.

In 1997, Adam Ismail, Mustafa Khalil and Abdullah al-Umari, three men from Yemen, sued NASA for invading Mars. They claim that they "inherited the planet from our ancestors 3,000 years ago", before Muhammad. They based their argument on mythologies of the Himyaritic and Sabaean civilizations that existed several thousand years B.C.

Gregory W. Nemitz claimed ownership of Asteroid 433 Eros, on which NEAR Shoemaker landed in 2001. His company Orbital Development issued NASA a parking ticket for $20.

After purchasing the Lunokhod 2 lunar lander, computer game designer and astronaut's son Richard Garriott jokingly claimed the rest of the Moon in the name of his gaming character, Lord British, under the premise that existing treaties prohibit governments from territorial claims to the Moon, but not individuals.