Fitness culture is a sociocultural phenomenon which refers to the culture surrounding physical exercises. It is usually associated with gym culture, as doing physical exercises in locations such as gyms, wellness centres and health clubs is a popular activity. An international survey found that more than 27% of world total adult population attends fitness centres, and that 61% of regular exercisers are currently doing "gym-type" activities.

Gymnastics Of Ancient Greece And Rome 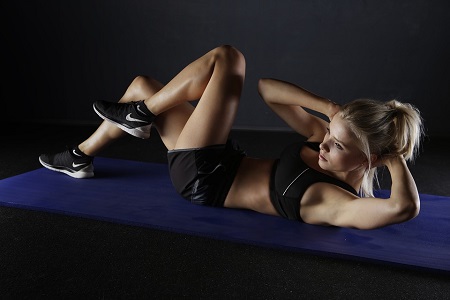 In ancient Greece and Rome, a public place devoted to athletes training, called gymnasion (plural: gymnasia) for Greeks and palaestra (plural: palaestrae) for Romans existed in cities. Fitness was regarded as a concept shaped by two cultural codes: rationalization and asceticism; authenticity and hedonism, respectively. In Greece, gymnastic excellence was regarded as a noble and godly pursuit, and was included in a complete education. Gymnasiums became the center of the community, being associated with the arts, the study of logic, and a source of entertainment. Skilled athletes attained an elevated status and devoted their lives to becoming proficient in exercise.

From around 1800, gymnastics developed in Western countries was meant to enhance body in order to sustain public morals and to mold better citizens. Pehr Henrik Ling was a pioneer in the teaching of physical education in Sweden, and he sought to reform and improve the gymnastics of the ancient Greeks. In 1850, the Supreme Medical Board of Russia reported to their emperor on Ling's system, that by improving one's overall fitness, an athlete became superior to those who merely focused on a subset of muscles or actions. In the mid 19th century the world saw the rise of physical culture, a movement that emphasized the importance of physical exercise for men, women, and children alike. Diocletian Lewis, a physician, even advocated for males and females exercising together in the gym.

During the Cold War, a focus on physical fitness emerged in both the United States and the Soviet Union. Senator Hubert Humphrey gravely warned that communist dominance came from superior sports and fitness programs. His remarks reflected the growing American paranoia of communism. In response, leaders of the military, civilian government, and private sector began crafting a "cult and ritual of toughness". President John F. Kennedy issued a call to the nation urging Americans to prioritize their physical fitness across the country. Fitness was clearly described as a "matter of achieving an optimum state of well-being" that required exercise from both young and old. This focus on fitness also opened the doors for female athletes in both The U.S. and the USSR to become more prominent as contenders in the Olympics.

Commercialization And Quantified Self

After World War II, a new form of non-organized, individualistic, health-oriented physical and recreational activities such as jogging began to prevail. For instance, aerobics – a form of group gymnastic activity performed with the support of music – was developed in the 1970s. Gyms were set up with the goals not to improve public health but to stimulate and exploit the desire of people to keep fit, have fun and improve themselves. It can also be observed in today’s gyms where bodybuilders are trying to reach their aesthetic ideas, through muscle development, using weights and other equipment.

Nowadays, fitness has been commercialized. The term gym is often associated with the term fitness and going to gyms means doing exercises in fitness institutions such as fitness centres, health clubs or gym clubs where people have to pay for membership in order to use fitness equipment and participate in group fitness activities with instructors, such as aerobics and yoga classes.

In addition, advances in technology have changed the way of doing fitness activities. Quantified Self becomes a new phenomenon, where people use technological devices to support their workouts. It is characterized by the use of gadgets such as pedometer, GPS, heart rate monitor and smartphone apps to quantify or monitor the exerciser’s efforts. 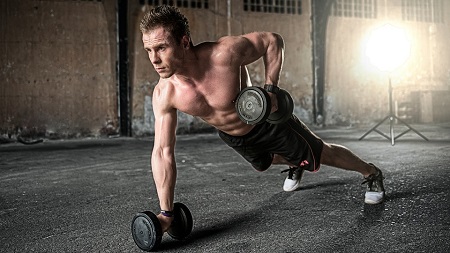 media plays an important role in shaping fitness culture because of the messages of an ideal body image they convey. Media such as TV, magazines and book publications, tend to promote slimness or even thinness as the ideal standards of female body image and slenderness or muscularity as the ideal male body image. Commercial advertisements have also created an influential and powerful force in promoting a stereotype of ideal body image which is not limited to fashion advertisements. Advertisements on commodities such as watches, smartphones and household appliances, have promoted an idealized body image of women and men as well. The perception of being slim and thin for women and slender and muscular for men became a stereotype in society, creating sociocultural pressures and influencing people to engage in fitness in order to pursuit the ideal body image promoted by the mass media.

Exercising and dieting is often seen as the best way to achieve such ideal body image. For instance, fitness publications promote an idea that doing physical exercise is the natural medicine to your body and health. On the other hand, fashion magazines promote slimness and thinness as the ideal female image: to promote high fashion, models are usually slim and thin. There is also a significant increase of diet and weight loss articles in magazines. In addition, the shape of models has changed dramatically towards a “more tubular female form” in high fashion culture, often sparking controversies.

People who regularly attend fitness institutions tend to make friends at these locations. They want to feel part of a group, which can be referred to community feeling, as the behaviour of group membership is transmitted from member to member within a group. However, this kind of friendship usually remains restricted within the fitness institution. Besides, the atmosphere in fitness institutions created by people with the same goal becomes a force of motivation. When people go to fitness institutions or start a new activity, they can be encouraged by others and give support to each other.

In addition, fitness institutions can function as dating agencies, creating chances to meet people apart from workplaces. Music, body movement and costumes of people exercising, can easily draw attention and become an occasion to engage with each other.