While fitness is defined as "the condition of being physically fit and healthy", and fashion is a "form of imitation and so of social equalization", strictly correlated with the wish of appearing as a well-accepted member of contemporary society, fitness fashion is the result of a trend that consists in combining physical activities and health lifestyles with the interest and use of sportswear fashion. 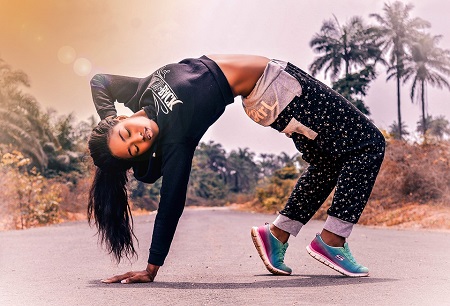 is a connection between sportswear and self-affirmation, that exists because of the care for fashion. The action of buying sportswear is led to the feel of being part of a community, assessing its rules and culture. People get involved in a process in which the major aim is to appear.

With regard to fitness fashion, the ritual is a ceremony which consists in the activities that take place in a fitness centre or in a gym and which are the acts of undressing, dressing, exercising, undressing, showering, grooming and dressing again. This ritual also implies a psychological dimension in which the individual is involved in a process of self-affirmation. What people want to wear is limited by a pre-existing, yet always evolving, ideal, which is the image of fashion itself. Changing rooms, usually situated in the most internal part of the gym, represent the connection between the outside world and the world of fitness.

Also sportswear has become part of the ritual. Being fit is not just exercising and eating well but also wearing fashionable clothes and showing it also through social media. Clothing comfort is defined by Lauren Slater (1985) as "a pleasant state of physiological, psychological and physical harmony between a human being and the environment."

As a matter of fact, fitness fashion requires people to identify with a model. People start buying the same sportswear of the chosen icon they want to imitate, and then chose to act like him/her.

Sportswear is strictly correlated with fashion not only because of a trend, but also for the so-called social learning theory, which "hypothesizes that almost all behavioral and cognitive learning is a result of direct experiences that are acquired through vicariously observing behaviors and the subsequent repercussions of such actions."

It is also for this reason that Nike and other retailers specialized in sportswear are experiencing an increase in profits (Nike saw an increase of 8 million dollars capital in just three months, that is a 15% more than 2014’s revenue, when the soccer World Cup took place).

Athletic identity is a central dimension that influences social relationships, types of chosen activities, and perceptions of life experiences, allowing an individual to benefit from a salient sense of self.

It is accepted that sports prepare individuals psychologically for daily life together with cultural activities.

In this view, fit people are sexier and happier than non-fit people, they are well-accepted from society as successful persons and in this way they are taken as models, influencing a large part of the social media audience. Since "clothing comfort is related to raising standards of life," fitness fashion icons wear expensive and colorful sportswear (which represents the most visible part of the message, acting as the main instrument of the symbolic meaning delivering), and also show how happy and self-confident they are in it. Furthermore, fitness influencers are showing lifestyles that involve health-care and appearance-care as well, especially through social media. 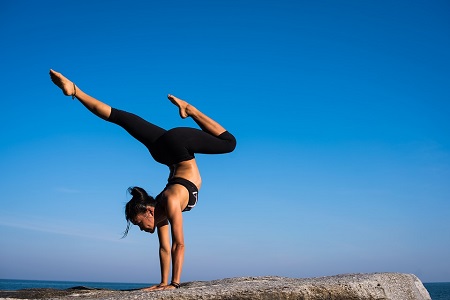 Even the most important sportswear companies are involved in social media campaigns, first of all Nike, that give the possibility to their Nike+ app users to share on Instagram their fitness achievements and progress. In fact, the app has been downloaded over 17 millions of times from all over the world users.

Social learning theory suggests that females learn stereotypes and expectations through observing images through the media. Since social media are the most used instrument for information resources and connection among people, everyone can easily find a new inspiration through them. Every fitness influencer uses social media because of the direct contact with fans that the web offers. Sharing fitness goals and motivation is now a spread phenomenon that people begin to appreciate and concur. It follows that a simple photo on a social media becomes easily a form of advertisement, because who posted it wanted to promote his/her lifestyle, that is represented in a direct way from the sportswear he/she is wearing.

Society and media emphasize athletic women's physical appearance and sexual attractiveness, through representing them as women first and athletes second. Thus, the feminine athletic ideal consists of an attractive appearance, thin body, and sexual appeal, which is conveyed also through clothing: women sportswear must fit snugly, but, most important must be sheath, exaggerating the female shape. In health/fitness magazines are included four stereotypes for masculinity: physical action, power, stance, and muscles. While for female it included three stereotypes: thin ideal, glistening/”wet” look, and feminine face. Thus, the health/fitness magazines tended to used the masculine and feminine ideals through stereotypes more than fashion magazines. Thus, who practice health-fitness tend to be less dressed or used close-fitting with the intention to emphasize the appeal.