A helicopter parent (also called a cosseting parent or simply a cosseter) is a parent who pays extremely close attention to a child's or children's experiences and problems, particularly at educational institutions. Helicopter parents are so named because, like helicopters, they hover overhead, overseeing their child's life. 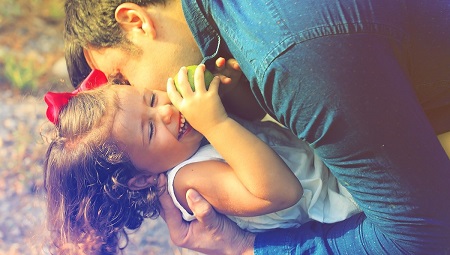 metaphor appeared as early as 1969 in the bestselling book Between Parent & Teenager by Dr. Haim Ginott, which mentions a teen who complains: "Mother hovers over me like a helicopter..."

Foster Cline and Jim Fay coined "helicopter parent" in 1990. The term "helicopter parent" gained wide currency when American college administrators began using it in the early 2000s as the oldest Millennials began reaching college age. Their baby-boomer parents earned notoriety for practices such as calling their children each morning to wake them up for class and complaining to their professors about grades the children had received. Summer camp officials have also reported similar behavior from these parents.

Generational demographer Neil Howe describes helicopter parenting as the parenting style of Baby Boomer parents of Millennial children. Howe describes the helicopter parenting of baby-boomers as a distinct parenting style from Generation X parents. He describes the latter as "stealth-fighter parents" due to a tendency of Gen X parents to let minor issues go, while striking without warning and vigorously in the event of serious issues. Howe contrasts this to the sustained participation of Boomer parents of Millennials in the educational setting, describing these parents as "sometimes helpful, sometimes annoying, yet always hovering over their children and making noise." Howe describes baby boomers as incredibly close to their children, saying that in his opinion, this is a good thing.

Helicopter parents attempt to "ensure their children are on a path to success by paving it for them." The rise of helicopter parenting coincided with two social shifts. The first was the comparatively booming economy of the 1990s, with low unemployment and higher disposable income. The second was the public perception of increased child endangerment, a perception which free-range parenting advocate Lenore Skenazy described as "rooted in paranoia".

Free-range parenting is the concept of raising children in the spirit of encouraging them to function independently in proper accordance of their age of development with a reasonable acceptance of realistic personal risks.

This idea was popularized by pediatrician Benjamin Spock. Author Lenore Skenazy at her website (founded April 2008) and her book Free-Range Kids: Giving Our Children the Freedom We Had Without Going Nuts with Worry (published April 2009) can be generally described as the opposite of helicopter parenting. 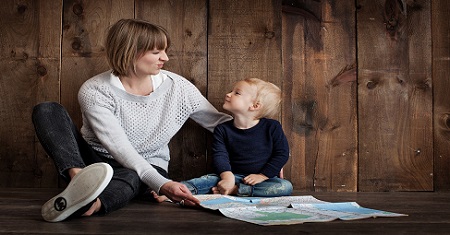 Hoping to enhance psychoanalysis in the pediatric world, Spock authored a book called The Common Sense Book of Baby and Child Care. The book, which was released in 1946 and soon became a best seller, encouraged free range parenting with the hopes of implementing Freudian philosophy into child-rearing.

American journalist Lenore Skenazy has written about the problems of overparenting and overprotection of kids with a particular emphasis on allowing kids to have appropriate levels of freedom and responsibility for their age while still keeping them safe. Her book, Free Range Kids: Giving Our Children the Freedom We Had without Going Nuts with Worry and her related website (April 2008) describe what she sees as the horrors of mainstream schooling, parenting, and organised activities, highlighting the unnecessary protection from risk that limits children's opportunity to mature properly into independent adults, and the unnecessary training, even in using flash cards for preschoolers, thereby limiting their opportunities for personal growth.

In the United States free-range parenting is limited by laws in many states restricting children's autonomy, such as how old a child must be to walk to school alone. In Massachusetts, such issues are generally addressed on a case-by-case basis. Other states, such as Delaware, or Colorado, based on states' child labor laws, will investigate reports of any child under the age of 12 being left alone, whereas other states, like North Carolina, have fire laws that stipulate a child under 8 should not be left home alone. Only three states specify a minimum age for leaving a child home alone. These include Illinois which requires children to be 14 years old, in Maryland, the minimum age is 8, and in Oregon 10.

IN 2014 and 2015, parents in Maryland were investigated by their local Child Protective Services when their children walked home from a park unsupervised.

"...nothing in this Act shall...prohibit a child from traveling to and from school on foot or by car, bus, or bike when the parents of the child have given permission; or expose parents to civil or criminal charges for allowing their child to responsibly and safely travel to and from school by a means the parents believe is age appropriate." A caveat adds, "...nothing in this section 10 shall be construed to preempt State or local laws."

Comparing the two different parenting styles, which one do you think is best? Perhaps what the world needs is a mixture of both!