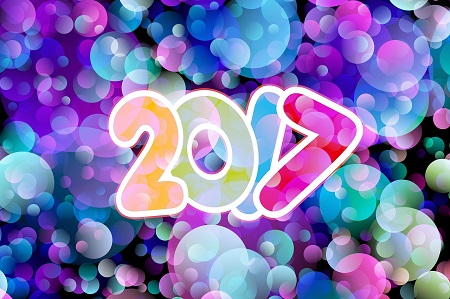 New Year's Day, also called simply New Year's or New Year, is observed on January 1, the first day of the year on the modern Gregorian calendar as well as the Julian calendar. In pre-Christian Rome under the Julian calendar, the day was dedicated to Janus, god of gateways and beginnings, for whom January is also named. As a date in the Gregorian calendar of Christendom, New Year's Day liturgically marked the Feast of the Naming and Circumcision of Jesus, which is still observed as such in the Anglican Church and Lutheran Church. In present day, with most countries now using the Gregorian calendar as their de facto calendar, New Year's Day is probably the most celebrated public holiday, often observed with fireworks at the stroke of midnight as the new year starts in each time zone. Other global New Years' Day traditions include making New Year's resolutions and calling one's friends and family.

The celebrations held world-wide on January 1 as part of New Year's Day commonly include the following:

Babies born on New Year's Day are commonly called New Year babies. Hospitals, such as the Dyersburg Regional Medical Center in the US, give out prizes to the first baby born in that hospital in the new year. These prizes are often donated by local businesses. Prizes may include various baby-related items such as baby formula, baby blankets, diapers, and gift certificates to stores which specialize in baby-related merchandise.

Other celebrations on January 1

The Orthodox Church, the Anglican Church, and the Lutheran Church celebrate the Feast of the Circumcision of Christ on January 1, based on the belief that if Jesus was born on December 25, then according to Hebrew tradition, his circumcision would have taken place on the eighth day of his life (January 1). The Roman Catholic Church celebrates on this day the Solemnity of Mary, Mother of God, which is also a Holy Day of Obligation. In the United States, New Year's Day is a postal holiday.