Nothing Up My Sleeve Number

Nothing Up My Sleeve Number 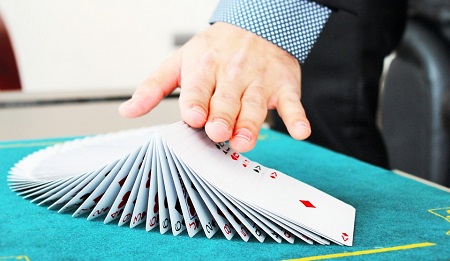 In cryptography, nothing up my sleeve numbers are any numbers which, by their construction, are above suspicion of hidden properties. They are used in creating cryptographic functions such as hashes and ciphers. These algorithms often need randomized constants for mixing or initialization purposes. The cryptographer may wish to pick these values in a way that demonstrates the constants were not selected for a nefarious purpose, for example, to create a backdoor to the algorithm. These fears can be allayed by using numbers created in a way that leaves little room for adjustment. An example would be the use of initial digits from the number π as the constants. Using digits of π millions of places after the decimal point would not be considered trustworthy because the algorithm designer might have selected that starting point because it created a secret weakness the designer could later explo

Digits in the positional representations of real numbers such as π, e, and irrational roots are believed to appear with equal frequency. Such numbers can be viewed as the opposite extreme of Chaitin–Kolmogorov random numbers in that they appear random but have very low information entropy. Their use is motivated by early controversy over the U.S. Government's 1975 Data Encryption Standard, which came under criticism because no explanation was supplied for the constants used in its S-box (though they were later found to have been carefully selected to protect against the then-classified technique of differential cryptanalysis). Thus a need was felt for a more transparent way to generate constants used in cryptography.

“Nothing up my sleeve” is a phrase associated with magicians, who sometimes preface a magic trick by holding open their sleeves to show they have no objects hidden inside.

Although not directly related, after the backdoor in Dual_EC_DRBG has been exposed, suspicious aspects of the NIST's P curve constants led to concerns that the NSA had chosen values that gave them an advantage in factoring public keys. Since then, many protocols and programs started to use Curve25519 as an alternative to NIST P-256 curve.

I no longer trust the constants. I believe the NSA has manipulated them through their relationships with industry

— Bruce Schneier, The NSA Is Breaking Most Encryption on the Internet (2013)

Bernstein, et al., demonstrate that use of nothing up my sleeve numbers as the starting point in a complex procedure for generating cryptographic objects, such as elliptic curves, may not be sufficient to prevent insertion of back doors. If there are enough adjustable elements in the object selection procedure, the universe of possible design choices and of apparently simple constants can be large enough so that a search of the possibilities allows construction of an object with desired backdoor properties.

Source: Nothing Up My Sleeve Number