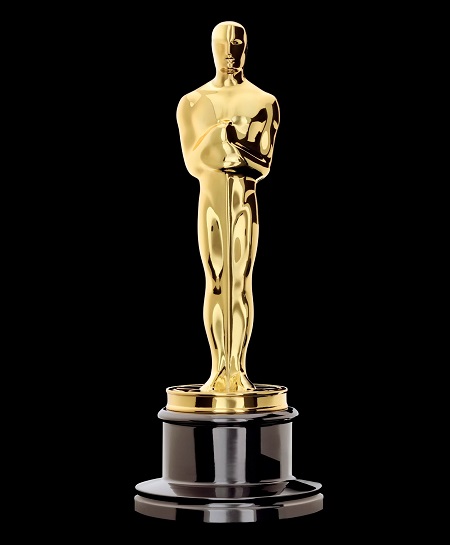 bait is a term used in the film community for movies that appear to have been produced for the sole purpose of earning nominations for Academy Awards or "Oscars", as they are commonly known. They are usually released just in advance of Oscar season, late in the calendar year, so as to meet the minimum eligibility requirements for the awards and be fresh in the minds of Oscar voters. The prestige or acclaim the studio may receive from the nomination or award is often secondary to the increased box office receipts such a film may garner; some films may even be depending on it to turn a profit.

Films seen as Oscar bait often have distinct characteristics. Lavishly produced epic length period dramas, often set against tragic historical events such as The Holocaust, are frequently seen this way and often contend for the technical Oscars such as cinematography, makeup and hairstyling, costume design or production design. Alternatively, if set in the present, the plot may center on a character with a physical or mental disability. The cast may well include actors with previous awards or nominations, a trait that may also be shared by the director or writer.

While the term has been used in discussions of films since at least 1948, and studios have always tended to release at least some films that seemed intended for Oscar voters near the end of the year, the explicit use of the Oscar nominations as a promotional strategy dates to 1978. That year, Michael Cimino's The Deer Hunter was shown only to limited audiences heavy with Oscar voters and critics for just long enough to be eligible, and then went into wide release after the nominations were announced. It ultimately won that year's Best Picture Oscar. In later years other studios emulated the strategy, and in the early 21st century the term has come into wide use among both filmmakers and viewers.

Films termed "Oscar bait" are not always successful. Many films that seemed to critics to aspire to nominations, perhaps too blatantly, have instead received none at all. Audiences have in turn avoided those films in favor of those that did receive nominations. In a 2014 study of 3,000 films released since 1985, two UCLA professors identified the 1990 film Come See the Paradise as the most deliberately targeted for the Oscars. It did not receive any nominations and failed at the box office.

The whole concept was parodied on American Dad! in its episode, "Tearjerker", in which Roger produces a film, Oscar Gold, depicting "an alcoholic mentally retarded Jewish boy and his cancer-ridden puppy set during The Holocaust," in which he kills viewers by literally making them cry to death. The tag line is "Go for Oscar Gold!"