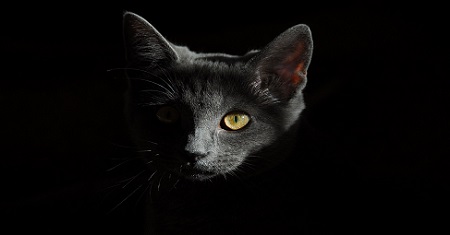 Oscar is a therapy cat living in the Steere House Nursing and Rehabilitation Center in Providence, Rhode Island, U.S. since 2005. He came to public attention in 2007 when he was featured in an article by geriatrician David Dosa in the New England Journal of Medicine. According to Dosa, Oscar appears able to predict the impending death of terminally ill patients by choosing to nap next to people a few hours before they die. Hypotheses for this ability include that Oscar is picking up on the lack of movement in such patients or that he can smell biochemicals released by dying cells. Oscar was also the subject of Dosa's 2010 book, Making Rounds With Oscar: The Extraordinary Gift of an Ordinary Cat.

Oscar is a therapy cat that was one of six cats adopted in 2005 by the Steere House Nursing and Rehabilitation Center in Providence, Rhode Island, U.S. Steere House, which bills itself as a "pet friendly" facility that allows a variety of pets to visit and reside there, is a 41-bed unit that treats people with end-stage Alzheimer's, Parkinson's disease and other illnesses, most of whom are generally unaware of their surroundings. Oscar has been described as generally aloof and "not a cat that's friendly to people", sometimes hissing at people when he wanted to be left alone.

After Oscar had been at Steere House for around six months, staff noticed that Oscar often chose to nap next to residents who died within several hours of his arrival. It seemed to staff as if Oscar were trying to comfort and provide company to people as they died.

Joan Teno, a physician at Steere House, clarified that "it's not that the cat is consistently there first. But the cat always does manage to make an appearance, and it always seems to be in the last two hours."

After Oscar accurately predicted 25 deaths, staff started calling family members of residents as soon as they discovered him sleeping next to someone in order to notify them and give them an opportunity to say goodbye before the impending death. As of January 2010, Oscar had accurately predicted approximately 50 patients' deaths.

Oscar made international headlines in 2007 after the New England Journal of Medicine published an article about him by Steere House geriatrician David Dosa.

Teno and Dosa hypothesized that Oscar is responding to the smell of chemicals released when someone dies or some other odor emitted during death.

CBS News consulted several animal specialists who had various hypotheses, such as that Oscar may be smelling some chemical that's released just before death and his attendance in rooms with that odor may be a learned behavior or that he's picking up on the stillness and lack of movement in the room rather than a smell.