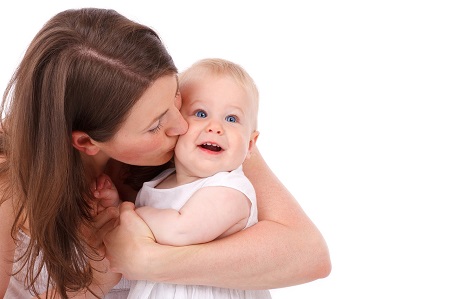 A parenting style is a psychological construct representing standard strategies that parents use in their child rearing. The quality of parenting can be more essential than the quantity of time spent with the child. For instance, a parent can spend an entire afternoon with his or her child, yet the parent may be engaging in a different activity and not demonstrating enough interest towards the child. Parenting styles are the representation of how parents respond and demand to their children. Parenting practices are specific behaviors, while parenting styles represent broader patterns of parenting practices. There are various theories and opinions on the best ways to rear children, as well as differing levels of time and effort that parents are willing to invest.

Children go through different stages in life, therefore parents create their own parenting styles from a combination of factors that evolve over time as children begin to develop their own personalities. During the stage of infancy, parents try to adjust to a new lifestyle in terms of adapting and bonding with their new infant. For example, the relationship between the parent and child is attachment. In the stage of adolescence, parents encounter new challenges, such as adolescents seeking and desiring freedom.

A child's temperament and parents' cultural patterns have an influence on the kind of parenting style a child may receive. The degree to which a child's education is part of parenting is a further matter of debate.

Early research in parenting and child development found that parents who provide their children with proper nurture, independence and firm control, have children who appear to have higher levels of competence and are socially skilled and proficient. Additional developmental skills result from positive parenting styles including: maintaining a close relationship with others, being self-reliant, and independence. During the mid 1980s, researchers began to explore how specific parenting styles influence a child's later development. 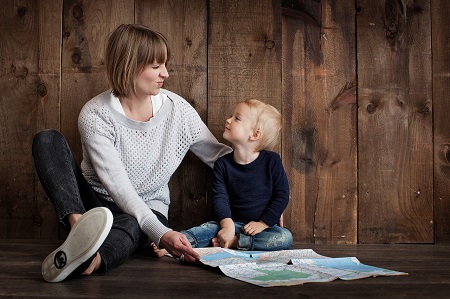 The parent is demanding and responsive.

The parent is demanding but not responsive.
Authoritarian parenting is a restrictive, punishment-heavy parenting style in which parents make their children follow their directions with little to no explanation or feedback and focus on the child's and family's perception and status. Corporal punishment, such as spanking, and shouting are forms of discipline frequently preferred by authoritarian parents. The goal of this style, at least when well-intentioned, is to teach the child to behave, survive, and thrive as an adult in a harsh and unforgiving society by preparing the child for negative responses such as anger and aggression that the child will face if his/her behavior is inappropriate. In addition, advocates of this style often believe that the shock of aggression from someone from the outside world will be less for a child accustomed to enduring both acute and chronic stress imposed by parents. 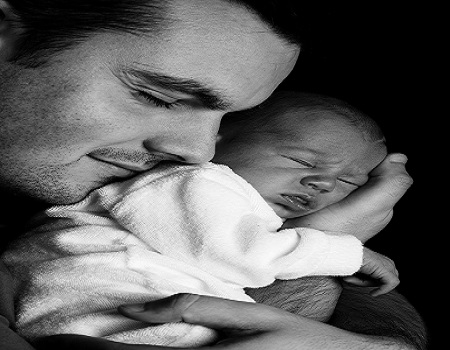 The parent is responsive but not demanding.

Indulgent parenting, also called permissive, non-directive, lenient or libertarian, is characterized as having few behavioral expectations for the child. "Indulgent parenting is a style of parenting in which parents are very involved with their children but place few demands or controls on them". Parents are nurturing and accepting, and are responsive to the child's needs and wishes. Indulgent parents do not require children to regulate themselves or behave appropriately.The children will grow into adulthood not accustomed to aggression in others due to their inappropriate behavior which would be a great shock to them. As adults, they will pay less attention in avoiding behaviors which cause aggression in others.

Children of permissive parents may tend to be more impulsive and as adolescents may engage more in misconduct such as drug use. "Children never learn to control their own behavior and always expect to get their way." But in the better cases they are emotionally secure, independent and are willing to learn and accept defeat. They mature quickly and are able to live life without the help of someone else.

The parent is neither demanding nor responsive.

Neglectful parenting is also called uninvolved, detached, dismissive or hands-off. The parents are low in warmth and control, are generally not involved in their child's life, are disengaged, undemanding, low in responsiveness, and do not set limits. Neglectful parenting can also mean dismissing the children's emotions and opinions. Parents are emotionally unsupportive of their children, but will still provide their basic needs. Provide basic needs meaning: food, housing, and toiletries or money for the aforementioned. Neglectful parenting can stem from a variety of reasons, including the parents prioritizing themselves, lack of encouragement on the parents' parts, financial stresses, lack of support and addiction to harmful substances.

A study done by Maccoby and Martin (1983) analyzed adolescents aged 14–18 in four areas: psychosocial development, school achievement, internalized distress, and problem behavior. The study found that those with neglectful parents scored the lowest on these tests, while those with authoritative parents scored the highest.

Most studies, mainly in Anglophone countries, have shown that children with authoritative parents have the best outcomes in different areas (behavior, mental and social adjustment...). The case might be different, however, for Asian populations, where the authoritarian style was found as good as the authoritative one. On the other hand, some studies have found a superiority of the indulgent style in Spain, Portugal or Brazil, but the methodology of these studies has been contested. Actually, a recent study has shown that in Spain, using the same questionnaire that in other countries, the authoritative style continues to be the best one for children.