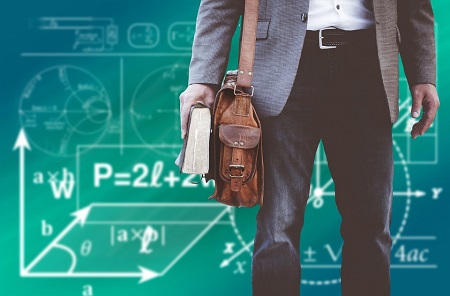 is the discipline that deals with the theory and practice of education; it thus concerns the study of how best to teach. Spanning a broad range of practice, its aims range from furthering liberal education (the general development of human potential) to the narrower specifics of vocational education (the imparting and acquisition of specific skills).

Instructive strategies are governed by the pupil's background knowledge and experience, situation, and environment, as well as learning goals set by the student and teacher. One example would be the Socratic schools of thought.

The teaching of adults, as a specific group, is referred to as andragogy.

Johann Friedrich Herbart (4 May 1776 – 14 August 1841) is the founding father of the conceptualization of pedagogy, or, the theory of education. Herbart's educational philosophy and pedagogy highlighted the correlation between personal development and the resulting benefits to society. In other words, Herbart proposed that humans become fulfilled once they establish themselves as productive citizens. Herbartianism refers to the movement underpinned by Herbart's theoretical perspectives. Referring to the teaching process, Herbart suggested 5 steps as crucial components. Specifically, these 5 steps include: preparation, presentation, association, generalization, and application. Herbart suggests that pedagogy relates to having assumptions as an educator and a specific set of abilities with a deliberate end goal in mind.

An academic degree, Ped. D., Doctor of Pedagogy, is awarded honorarily by some US universities to distinguished teachers (in the US and UK, earned degrees within the instructive field are classified as an Ed. D., Doctor of Education or a Ph.D. Doctor of Philosophy). The term is also used to denote an emphasis in education as a specialty in a field (for instance, a Doctor of Music degree in piano pedagogy).

The word pedagogue means "leading children" some say to the teacher and other leading them, that mean raise and develop dignity and virtue.

In Denmark, a pedagogue is a practitioner of pedagogy. The term is primarily used for individuals who occupy jobs in pre-school education (such as kindergartens and nurseries) in Scandinavia. But a pedagogue can occupy various kinds of jobs, e.g. in retirement homes, prisons, orphanages, and human resource management. These are often recognized as social pedagogues as they perform on behalf of society.

The pedagogue's job is usually distinguished from a teacher's by primarily focusing on teaching children life-preparing knowledge such as social skills and cultural norms. There is also a very big focus on care and well-being of the child. Many pedagogical institutions also practice social inclusion. The pedagogue's work also consists of supporting the child in their mental and social development.

In Denmark all pedagogues are educated at a series of national institutes for social educators located in all major cities. The education is a 3.5-year academic course, giving the student the title of a Bachelor in Social Education.

It is also possible to earn a master's degree in pedagogy/educational science from the University of Copenhagen. This BA and MA program has a more theoretical focus compared to the above-mentioned Bachelor in Social Education.

In Hungary, the word pedagogue (pedagógus) is synonymous with teacher (tanár); therefore, teachers of both primary and secondary schools may be referred to as pedagogues, a word that appears also in the name of their lobbyist organizations and labor unions (e.g. Labor Union of Pedagogues, Democratic Labor Union of Pedagogues). However, undergraduate education in Pedagogy does not qualify students to become teachers in primary or secondary schools but makes them able to apply to be educational assistants. As of 2013, the 5-year training period was re-installed in place of the undergraduate and postgraduate division which characterized the previous practice.