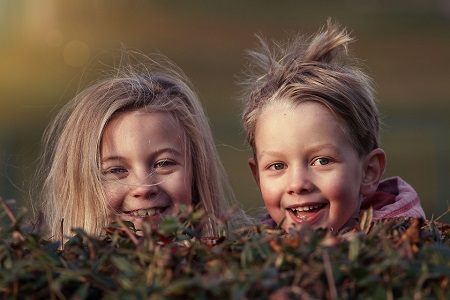 The PLAY Project (acryonym for Play and Language for Autistic Youngsters) is a community-based, national autism training and early intervention program established in 2001 by Richard Solomon, MD. Based on the DIR (Developmental, Individualized, Relationship-based) theory of Stanley Greenspan MD, the program is designed to train parents and professionals to implement intensive, developmental interventions for young children (18 months to 6 years) with autism. The program is operating in nearly 100 agencies worldwide including 25 states and in seven countries outside of the U.S. (Australia, Brazil, Canada, England, Israel, Ireland and Switzerland). The PLAY Project has been operating since 2001 from its headquarters in Ann Arbor, MI.

The PLAY Project trains those with accredited degrees in child development fields or who have demonstrated superior knowledge and experience with children on the autism spectrum, including psychologists, social workers, speech and language pathologists, teachers, occupational therapists.

Once trained as Certified Consultants, these professionals implement the model in their own communities, teaching parents the play-based, developmental intervention.

The PLAY Project follows The National Academy of Sciences recommendations for the education of young children with autistic spectrum disorders:

In September 2009, The PLAY Project received a $1.85 million grant from the National Institute of Mental Health (NIMH) to conduct a three-year controlled, clinical study of the PLAY Project model. Drawing participants from five Easter Seals autism service locations, the study compares the outcomes of 60 children who participate in The PLAY Project with the outcomes of 60 children who receive standard community interventions, making it the largest study of its kind. Before and after the 12-month intervention, each child is assessed with a battery of tests to measure developmental level, speech and language, sensory-motor profile, and social skills.

The results of previous research on the program were published by the peer-reviewed British journal, Autism (May, 2007).