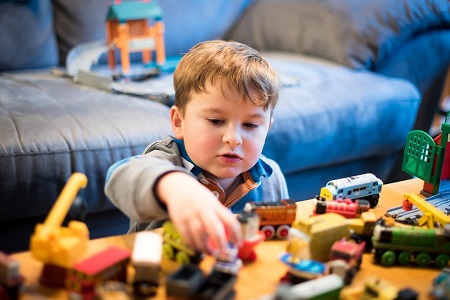 Play therapy is generally employed with children aged 3 through 11 and provides a way for them to express their experiences and feelings through a natural, self-guided, self-healing process. As children’s experiences and knowledge are often communicated through play, it becomes an important vehicle for them to know and accept themselves and others. This approach is common to young children.

Play therapy is a form of counseling or psychotherapy that uses play to communicate with and help people, especially children, to prevent or resolve psychosocial challenges. This is thought to help them towards better social integration, growth and development, emotional modulation, and trauma resolution.

Play therapy can also be used as a tool of diagnosis. A play therapist observes a client playing with toys (play-houses, pets, dolls, etc.) to determine the cause of the disturbed behavior. The objects and patterns of play, as well as the willingness to interact with the therapist, can be used to understand the underlying rationale for behavior both inside and outside of therapy session. Caution, however, should be taken when using play therapy for assessment and/or diagnostic purposes.

According to the psychodynamic view, people (especially children) will engage in play behavior in order to work through their interior obfuscations and anxieties. According to this particular viewpoint, play therapy can be used as a self-help mechanism, as long as children are allowed time for "free play" or "unstructured play." However, some forms of therapy depart from non-directivness in fantasy play, and introduce varying amounts of direction, during the therapy session.

An example of a more directive approach to play therapy, for example, can entail the use of a type of desensitization or relearning therapy, to change troubling behaviors, either systematically or through a less structured approach. The hope is that through the language of symbolic play, such desensitization will likely take place, as a natural part of the therapeutic experience, and lead to positive treatment outcomes.

Play has been recognized as important since the time of Plato (429-347 B.C.) who reportedly observed, “you can discover more about a person in an hour of play than in a year of conversation.” In the eighteenth century Rousseau (1712-1778), in his book ‘Emile’ wrote about the importance of observing play as a vehicle to learn about and understand children. Friedrich Fröbel, in his book The Education of Man (1903), emphasized the importance of symbolism in play. He observed, “play is the highest development in childhood, for it alone is the free expression of what is in the child’s soul…. children’s play is not mere sport. It is full of meaning and import.” (Fröbel, 1903, p. 22) The first documented case, describing the therapeutic use of play, was in 1909 when Sigmund Freud published his work with “Little Hans.” Little Hans was a five-year-old child who was suffering from a simple phobia. Freud saw him once briefly and recommended that his father take note of Hans’ play to provide insights that might assist the child. The case of “Little Hans” was the first case in which a child’s difficulty was related to emotional factors. 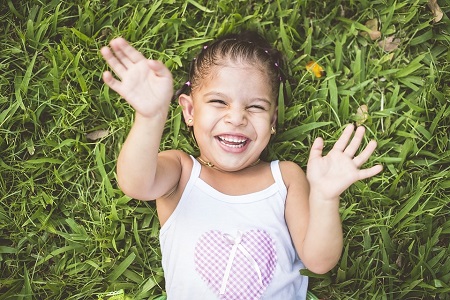 Hug-Hellmuth (1921) formalized the play therapy process by providing children with play materials to express themselves and emphasize the use of the play to analyze the child. In 1919, Melanie Klein (1955) began to implement the technique of using play as a means of analyzing children under the age of six. She believed that child’s play was essentially the same as free association used with adults, and that as such, it was provide access to the child’s unconscious. Anna Freud (1946, 1965) utilized play as a means to facilitate positive attachment to the therapist and gain access to the child’s inner life.

In the 1930s David Levy (1938) developed a technique he called release therapy. His technique emphasized a structured approach. A child, who had experienced a specific stressful situation, would be allowed to engage in free play. Subsequently, the therapist would introduce play materials related to the stress-evoking situation allowing the child to reenact the traumatic event and release the associated emotions.

In 1955, Gove Hambidge expanded on Levy’s work emphasizing a “Structured Play Therapy” model, which was more direct in introducing situations. The format of the approach was to establish rapport, recreate the stress-evoking situation, play out the situation and then free play to recover.

Carl Rogers (1942) expanded the work of the relationship therapist and developed non-directive therapy, later called client-centered therapy (Rogers, 1951). Virginia Axline (1950) expanded on her mentor's concepts. In her article entitled ‘Entering the child’s world via play experiences’ Axline summarized her concept of play therapy stating, “A play experience is therapeutic because it provides a secure relationship between the child and the adult, so that the child has the freedom and room to state himself in his own terms, exactly as he is at that moment in his own way and in his own time” (Progressive Education, 27, p. 68). 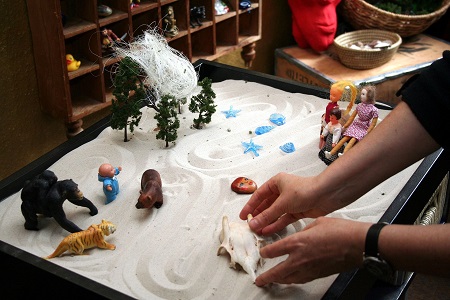 Filial therapy, developed by Bernard and Louise Guerney, was a new innovation in play therapy during the 1960s. The filial approach emphasizes a structured training program for parents in which they learn how to employ child-centered play sessions in the home. In the 1960s, with the advent of school counselors, school-based play therapy began a major shift from the private sector. Counselor-educators such as Alexander (1964); Landreth (1969, 1972); Muro (1968); Myrick and Holdin (1971); Nelson (1966); and Waterland (1970) began to contribute significantly, especially in terms of using play therapy as both an educational and preventive tool in dealing with children’s issues.

1973 Clark Moustakas continues his journey into play therapy and publishes his novel "The child's discovery of himself". Clark Moustakas' work as being concerned with the kind of relationship needed to make therapy a growth experience. His stages start with the child's feelings being generally negative and as they are expressed, they become less intense, the end results tend to be the emergence of more positive feelings and more balanced relationships. Today, his daughter Kerry Moustakas continues his legacy as an author and president of The Michigan School of Professional Psychology. 2004 Clark and Kerry Moustakas publish Loneliness, Creativity and Love: Awakening Meanings in Life.

Several approaches to play therapy have been developed for parents to use in the home with their own children. Training in nondirective play for parents has been shown to significantly reduce mental health problems in at-risk preschool children. One of the first parent/child play therapy approaches developed was Filial Therapy, in which parents are trained to facilitate nondirective play therapy sessions with their own children. Filial therapy has been shown to help children work through trauma and also resolve behavior problems.

Another approach to play therapy that involves parents is Theraplay, which was developed in the 1970s. At first, trained therapists worked with children, but Theraplay later evolved into an approach in which parents are trained to play with their children in specific ways at home. Theraplay is based on the idea that parents can improve their children’s behavior and also help them overcome emotional problems by engaging their children in forms of play that replicate the playful, attuned, and empathic interactions of a parent with an infant. Studies have shown that Theraplay is effective in changing children’s behavior, especially for children suffering from attachment disorders.

In the 1980s, Stanley Greenspan developed Floortime, a comprehensive, play-based approach for parents and therapists to use with autistic children. There is evidence for the success of this program with children suffering from autistic spectrum disorders. 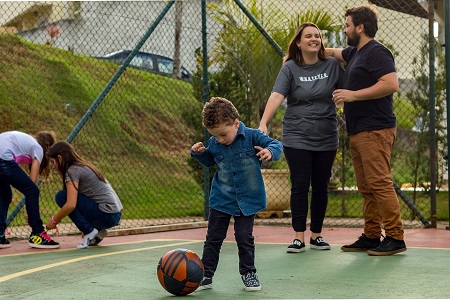 2006, Garry Landreth and Sue Bratton developed a highly researched and structured way of teaching parents to engage in therapeutic play with their children. It is based on a supervised entry level training in child centred play therapy. They named it Child Parent Relationship Therapy. These 10 sessions focus on parenting issues in a group environment and utilises video and audio recordings to help the parents receive feedback on their 30-minute 'special play times' with their children.

More recently, Aletha Solter has developed a comprehensive approach for parents called Attachment Play, which describes evidence-based forms of play therapy, including non-directive play, more directive symbolic play, contingency play, and several laughter-producing activities. Parents are encouraged to use these playful activities to strengthen their connection with their children, resolve discipline issues, and also help the children work through traumatic experiences such as hospitalisation or parental divorce.