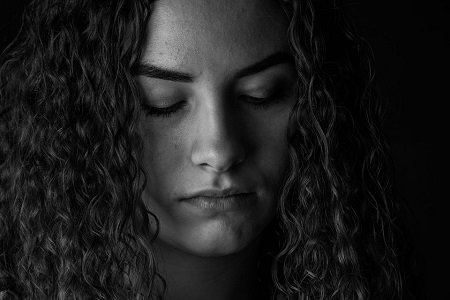 there are a large number of studies contemplating the effect of maternal depression and postnatal depression of various areas of infant development, they are yet to come to consensus regarding the true effects. There are numerous studies indicating impaired development, and equally there are many proclaiming no effect of depression on development. A study of 18-month-olds whose mothers suffered depressive symptoms while they were 6 weeks and/or 6 months old indicated that maternal depression had no effect on the child’s cognitive development at 18 months. Furthermore, the study indicates that maternal depression combined with a poor home environment is more likely to have an effect on cognitive development. However, the authors conclude that it may be that short term depression has no effect, where as long term depression could cause more serious problems. A further study spanning 7 years again indicated no effect of maternal depression on cognitive development as a whole, however it found a gender difference in that boys are more susceptible to cognitive developmental issues when their mothers suffer depression. It has been suggested that interactions between depressed mothers and their children may affect social and cognitive abilities in later life. Maternal depression has been shown to influence the mothers’ interaction with her child. When communicating with their child, depressed mothers fail to make changes to their vocal behaviour. Furthermore, when infants interact with depressed mothers they show signs of stress, such as increased pulse and raised cortisol levels, and make more use of avoidance behaviours, for example looking away, compared to those interacting with healthy mothers. The effect of mother-infant interaction at 2 months has been shown to affect the child’s cognitive performance at 5 years. Recent studies have begun to identify that other forms of psychopathology that may or may not be co-morbidly occurring with maternal depression can independently influence infants' and toddlers' subsequent social-emotional development through effects on regulatory processes within the child-parent attachment. Maternal interpersonal violence-related post-traumatic stress disorder (PTSD), for example, has been associated with subsequent dysregulation of emotion and aggression by ages 4–7 years.

Cocaine, tobacco, marijuana, and opiates are the types of drugs that can effect an unborn child’s cognitive and behavioral development. Smoking tobacco increases pregnancy complications including low birth rate, prematurity, placental abruption, and intrauterine death. It can also cause disturbed maternal-infant interaction; reduced IQ, ADHD, and it can especially cause tobacco use in the child. Parental marijuana exposure may have long-term emotional and behavioral consequences. A ten-year-old child who had been exposed to the drug during pregnancy reported more depressive symptoms than fetuses unexposed. Some short-term effects include executive function impairment, reading difficulty, and delayed state regulation. An opiate drug, such as heroin, decreases birth weight, birth length, and head circumference when exposed to the fetus. Parental opiate exposure has greater conflicting impact than parental cocaine exposure on the infant’s Central Nervous System and autonomic nervous system. There are also some negative consequences on a child that you wouldn’t think of with opiates, such as: less rhythmic swallowing, strabismus, and feelings of rejection.

Poor nutrition early in life contributes to stunting, and by the age of two or three can be associated with cognitive deficits, poor school achievement, and poor social relationships later in life. Malnutrition is a large problem in developing nations, and has an important effect on young children’s weight and height. Children suffering malnutrition in Colombia weighed less than those living in upper class conditions at the age of 36 months, similarly, malnourished children were shorter than well-nourished children, again at 36 months. Malnutrition has been indicated as a negative influence on childhood Intelligence Quotient IQ. Although it is now suggested that this effect is nullified when parental IQ is considered, implying that this difference is genetic.

Socioeconomic status is measured primarily based on the factors of income, educational attainment and occupation. Current investigations into the role of socioeconomic factors on child development repeatedly show that continual poverty is more harmful on Intelligence Quotient IQ, and cognitive abilities[112] than short-lived poverty. Children in families who experience persistent financial hardships and poverty have significantly impaired cognitive abilities compared to those in families who do not face this issue. Low income poverty can cause a number of further issues shown to effect child development, such as poor academic success, less family involvement, iron deficiency, infections, a lack of stimulation, malnutrition and lead poisoning due to lead paint found on the walls of some houses. Income poverty is associated with a 6–13 point reduction in IQ for those earning half of the poverty threshold compared to those earning twice the poverty threshold.

Parental educational attainment is the most significant socioeconomic factor in predicting the child’s cognitive abilities, those with a mother with high IQ are likely to have higher IQs themselves. Similarly, maternal occupation is associated with better cognitive achievement. Those whose mothers’ job entails problem-solving are more likely to be given stimulating tasks and games, and are likely to achieve more advanced verbal competency. 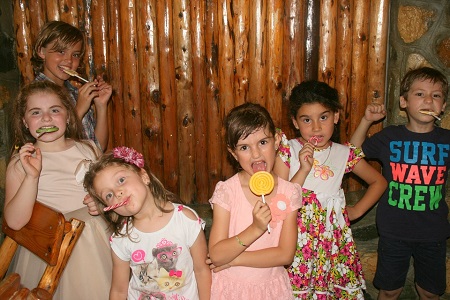 A major problem in childhood is obesity. In America, the number of obese children is rapidly increasing. Childhood obesity is caused by a variety of factors. The main causes of childhood obesity are "lifestyle issues-too little activity and too many calories."[137] Child obesity can cause major problems with a child’s development. In order for a child to develop successfully, he or she must grow up in a positive environment with good health and academics. If a child becomes obese, there will be consequences such as: depression, low self-esteem, eating disorders, medical problems, and so on. These issues of childhood obesity can be slowed, if society focuses on the causes. If parents enforce a healthy lifestyle at home with physical activity and proper dieting, many issues with obesity could be avoided. Focusing on the causes may, over time, decrease the consequences of childhood obesity and therefore strengthen a child’s development to grow.

Cognitive development is related to childhood exposure to violence and trauma, including spousal abuse between the parents and sexual abuse. Intrauterine growth retardation is associated with learning deficits in childhood, and as such, is related to lower IQ.