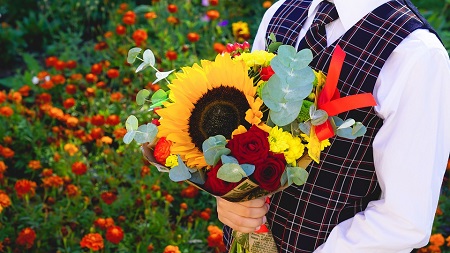 A school uniform is a uniform worn by students primarily for a school or otherwise educational institution. They are common in primary and secondary schools in various countries. Although often used interchangeably, there is an important distinction between dress codes and school uniforms: according to scholars such as Nathan Joseph, clothing can only be considered a uniform when it "(a) serves as a group emblem, (b) certifies an institution's legitimacy by revealing individual’s relative positions and (c) suppresses individuality." An example of a uniform would be requiring white button-downs and ties for boys and pleated skirts for girls, with both wearing blazers. A uniform can even be as simple as requiring collared shirts, or restricting colour choices and limiting items students are allowed to wear. A dress code, on the other hand, is much less restrictive, and focuses "on promoting modesty and discouraging anti-social fashion statements," according to Marian Wilde. Examples of a dress code would be not allowing ripped clothing, no logos or limiting the amount of skin that can be shown.

It is difficult to trace the origins of the uniform as there is no comprehensive written history, but rather a variety of known influences. School uniforms are believed to be a practice which dates to the 16th century in the United Kingdom. It is believed that the Christ Hospital School in London in 1552 was the first school to use a school uniform. The earliest documented proof of institutionalised use of a standard academic dress dates back to 1222 when the then Archbishop of Canterbury ordered the wearing of the cappa clausa about 800 years ago. Little is known prior to the Archbishop of Canterbury ordered monks to wear a specific monastic form of dress. Despite this example, the roots of the modern day uniform come mostly from the collegiate uniforms in England. Universities, primary schools and secondary schools used uniforms as a marker of class and status, which in turn served as a boundary. As early as the sixteenth century, uniforms were utilised and became more specific as various fashion trends became undesirable to the university. Although uniforms can often be considered conservative and old-fashioned, uniforms in recent years have changed as societal dress codes have changed. 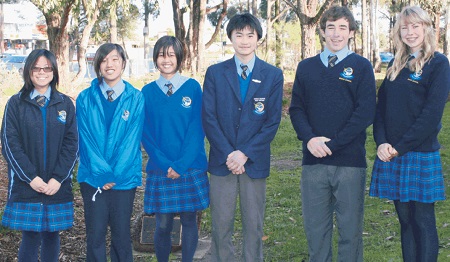 the United States, a movement toward using uniforms in state schools began when Bill Clinton addressed it in the 1996 State of the Union, saying: "If it means that teenagers will stop killing each other over designer jackets, then our public schools should be able to require their students to wear uniforms." As of 1998 approximately 25% of all U.S. public elementary, middle and junior high schools had adopted a uniform policy or were considering a policy, and two thirds were implemented between 1995 and 1997.

There are an abundance of theories and empirical studies looking at school uniforms, making statements about their effectiveness. These theories and studies elaborate on the benefits and also the shortcomings of uniform policies. The issue of nature vs. nurture comes into play, as uniforms affect the perceptions of masculinity and femininity, complicate the issue of gender classification and also subdue the sexuality of girls. With uniforms also comes a variety of controversies, pros, cons and major legal implications.

There are two main empirical findings that are most often cited in the political rhetoric surrounding the uniform debate. One of these, the case study of the Long Beach Unified School District, is most often cited in support of school uniforms and their effectiveness whereas Effects of Student Uniforms on Attendance, Behavior Problems, Substance Use, and Academic Achievement is the most frequently cited research in opposition to the implementation of school uniform policies.

Effects Of Uniforms On Students

Researchers in this study expected that the direct of uniforms on these outcomes would disappear once the moderating variables were introduced to the equation. If this were to be the case, then arguments proclaiming uniform policies' direct effect on said outcomes would be proven false. This study used a nationally representative sample of students. From the results, researchers were able to conclude that students wearing uniforms did not have any significant difference in academic preparedness or proschool attitudes than other students. Researchers also found that student uniforms were not significantly correlated with school commitment variables such as truancy, behaviour, or drug abuse. In terms of the original four hypotheses researchers found that:

Because the four hypotheses were not supported, researchers were able to conclude that implementing uniform policies at high school level does not create the desired outcomes, as all four of the original hypotheses were derived from public discourse surrounding the uniform debate. In fact, Brunsma et al., 1998 found that uniforms had a significant negative effect on achievement, as students who wore uniforms and had high proschool attitudes actually had worse behavior problems than all other students. Researchers in this study suggested that "instead of directly affecting specific outcomes, uniforms act as a catalyst for change and provide a highly visible opportunity for additional programs" within schools. In fact, Brunsma et al., 1998 found that this was the case with the Long Beach Unified School District case study, as several additional reform efforts were implemented simultaneously with the mandatory uniform policy.

Brunsma stated that despite the inconclusiveness of the effects of uniforms, they became more common because "this is an issue of children's rights, of social control, and one related to increasing racial, class and gender inequalities in our schools."

As uniforms have become more normalised, there have also been an increasing number of lawsuits brought against school districts. According to David Brunsma, one in four public elementary schools and one in eight public middle and high schools in the USA have policies dictating what a student wears to school. The school code within states’ constitutions typically asserts that it allows the board of school directors to make reasonable rules and regulations as they see fit in managing the school’s affairs. As of 2008, there are currently 23 states that allow school districts to mandate school uniforms. The constitutional objections usually brought upon school districts tend to fall into one of the following two categories: (1) a violation of the students’ First Amendment right to free expression (2) a violation of parents' right to raise their children without government interference. Although up until this point, The Supreme Court has not ruled on a case involving school uniforms directly, in the 1968 decision Tinker v. Des Moines Independent Community School District, the Court ruled that upon entering school, students do not shed their constitutional rights to freedom of speech.

Internationally, there are differing views of school uniforms. In the Australian state of Queensland, Ombudsman Fred Albietz ruled in 1998 that state schools may not require uniforms. In the Philippines, the Department of Education abolished the requirement of school uniforms in public schools. In England and Wales, technically a state school may not permanently exclude students for "breaching school uniform policy", under a policy promulgated by the Department for Children, Schools and Families but students not wearing the correct uniform are asked to go home and change. In Scotland, some local councils (that have responsibility for delivering state education) do not insist on students wearing a uniform as a precondition to attending and taking part in curricular activities. Turkey abolished mandatory uniforms in 2010. 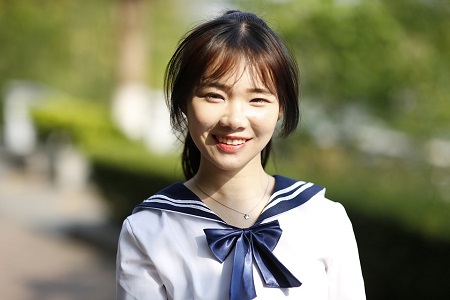 Perceptions Of Masculinity And Femininity

One of the criticisms of uniforms is that it imposes standards of masculinity and femininity from a young age. Uniforms are considered a form of discipline that schools use to control student behavior and often promote conventional gendered dress. Boys often are required to wear trousers, belts, and closed-toe shoes and have their shirts tucked in at all times. They are also often required to have their hair cut short. Some critics allege that this uniform is associated with the dress of a professional business man, which, they claim, gives boys at a young age the impression that masculinity is gained through business success. For girls, some uniforms promote femininity by requiring girls to wear skirts. Skirts are seen by some critics as a symbol of femininity because they restrict movement and force certain ways of sitting and playing.

Uniforms often start to increase in popularity around middle school in the United States, when students begin going through puberty. Uniforms can be seen as a way to restrict the sexualization of girls (rules on hems of skirts, no shoulders). Uniforms take the focus away from sexuality and focus it on academics in a school setting for girls.

Miniskirts have been very popular in Japan, where they became part of school uniforms, and they came to be worn within the Kogal culture.

In some cultures, the topic of school uniforms has sparked a multitude of controversies and debates over the years. Debates concerning the constitutionality and economic feasibility of uniforms also contribute to the controversy.

In the United States, the implementation of school uniforms began following ten years of research indicating the effectiveness of private schools. Some state-school reformers cited this research to support policies linked to private and Catholic school success. However, within the Catholic school literature, school uniforms have never been acknowledged as a primary factor in producing a Catholic school effect. Some public-school administrators began implementing uniform policies to improve the overall school environment and academic achievement of the students. This is based on the assumption that uniforms are the direct cause of behavioral and academic outcome changes.

Although not all schools in the United States are required to wear school uniforms, the United States is slowly adapting the use of school uniforms. "Almost one in five US public schools required students to wear uniforms during the 2011-2012 school year, up from one in eight in 2003-2004." The ideology of school uniform is that it will create a safer environment for students and help with equality. In some areas uniforms have become essential due to the poverty level that the schools reside in. "Mandatory uniform policies in public schools are found more commonly in high-poverty areas."

Advocates of uniforms have proposed multiple reasons supporting their implementation and claiming their success in schools. A variety of these claims have no research supporting them. Some of these pros include the following: Advocates believe that uniforms affect student safety by:

Currently pros of school uniforms center around how uniforms impact schools' environments. Proponents have found a significant positive impact on school climate, safety, and students’ self-perception from the implementation of uniforms. 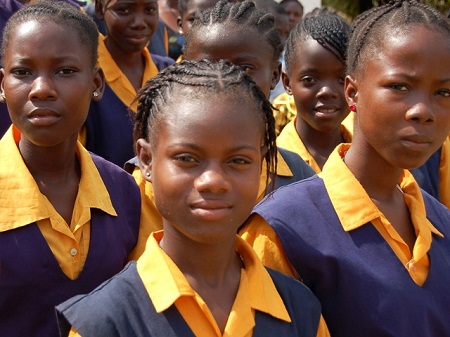 opposing side of uniforms have claimed their ineffectiveness using a variety of justifications, a variety of which have research supporting them. Some of the cons to school uniforms include the following legal, financial, and questionable effectiveness concerns: The primary concern with school uniforms or strict dress codes is that it limits the ability of students to express themselves. Clothing is viewed as a mean of expression – making all students wear the same clothes or limit them to what they can wear can disrupt their sense of identity. One of the main controversies can lie within Dress Code Policies vs. Freedom of Speech. This establishes that students cannot wear the latest trends, mid-drift, or clothes that the school finds that interrupts the learning environment. However, students can wear clothing artifacts that express their religion. "Both the Constitution and most state laws protect students' rights to wear religious attire inool [sic] school, such as the wearing of a turban, yarmulke, or head scarf."

Another negative aspect of school uniforms is that it can be sexist. Boys and girls are not disciplined the same when it comes to dress codes. "Transgender students have been sent home for wearing clothing different from what’s expected of their legal sex, while others have been excluded from yearbooks." Some schools are not advocates of females and females dressing of the opposite sex. Research on how school uniforms and school dress codes influence the student can be inconclusive, but many people oppose to school uniforms and strict dress code policies. "In the U.S., over half of public schools have a dress code, which frequently outline gender-specific policies."