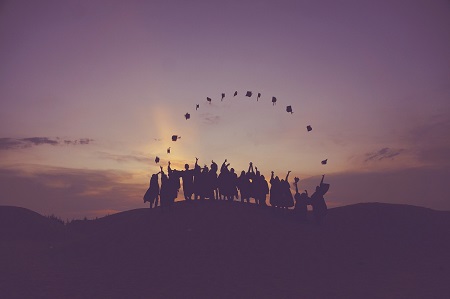 Students for Free Culture, formerly known as FreeCulture.org, is an international student organization working to promote free culture ideals, such as cultural participation and access to information. It was inspired by the work of former Stanford, now Harvard, law professor Lawrence Lessig, who wrote the book Free Culture, and it frequently collaborates with other prominent free culture NGOs, including Creative Commons, the Electronic Frontier Foundation, and Public Knowledge. Students for Free Culture has over 30 chapters on college campuses around the world, and a history of grassroots activism.

Students for Free Culture has stated its goals in a "manifesto":

The mission of the Free Culture movement is to build a bottom-up, participatory structure to society and culture, rather than a top-down, closed, proprietary structure. Through the democratizing power of digital technology and the Internet, we can place the tools of creation and distribution, communication and collaboration, teaching and learning into the hands of the common person -- and with a truly active, connected, informed citizenry, injustice and oppression will slowly but surely vanish from the earth.

It has yet to publish a more "official" mission statement, but some of its goals are:

According to its website, Students for Free Culture has four main functions within the free culture movement:

Students for Free Culture had its origins in the Swarthmore Coalition for the Digital Commons (SCDC, now Free Culture Swarthmore), a student group at Swarthmore College which would eventually become the first Students for Free Culture chapter. The SCDC was founded in 2003 by students Luke Smith and Nelson Pavlosky, and was originally focused on issues related to free software, digital restrictions management, and treacherous computing, inspired largely by the Free Software Foundation. After watching Lawrence Lessig's OSCON 2002 speech entitled "free culture" however, they expanded the club's scope to cover cultural participation in general (rather than just in the world of software and computers), and began tackling issues such as copyright reform.

FreeCulture.org began by launching a number of internet campaigns, in an attempt to raise its profile and bring itself to the attention of college students. These have covered issues ranging from defending artistic freedom (Barbie in a Blender) to fighting the Induce Act (Save The iPod), from celebrating Creative Commons licenses and the public domain (Undead Art) to opposing business method patents (Cereal Solidarity). While these one-shot websites succeeded in attracting attention from the press and encouraged students to get involved, they didn't directly help the local chapters, and the organization now concentrates less on web campaigns than it did in the past. However, their recent Down With DRM video contest was a successful "viral video" campaign against DRM, and internet campaigns remain an important tool in free culture activism.

Today the organization focuses on providing services to its local campus chapters, including web services such as mailing lists and wikis, pamphlets and materials for tabling, and organizing conferences where chapter members can meet up. Active chapters are located at schools such as New York University (NYU), Harvard, MIT, Fordham Law, Dartmouth, University of Florida, Swarthmore, USC, Emory, Reed, and Yale.

The NYU chapter made headlines when it began protesting outside of record stores against DRM on CDs during the Sony rootkit scandal, resulting in similar protests around New York and Philadelphia.

In 2008, the MIT chapter developed and released YouTomb, a website to track videos removed by DMCA takedown from YouTube.

Other activities at local chapters include:

Students for Free Culture began as a loose confederation of student groups on different campuses, but it has been moving towards becoming an official tax-exempt non-profit.

With the passage of official bylaws, Students for Free Culture now has a clear governance structure which makes it accountable to its chapters. The supreme decision-making body is the Board of Directors, which is elected once a year by the chapters, using a Schulze method for voting. It is meant to make long-term, high-level decisions, and should not meddle excessively in lower-level decisions. Practical everyday decisions will be made by the Core team, composed of any students who are members of chapters and meet the attendance requirements. Really low-level decisions and minutiae will be handled by a coordinator, who ideally will be a paid employee of the organization, and other volunteers and assistants. A new board of directors was elected in February 2008, and a new Core Team was assembled shortly thereafter. There is no coordinator yet.