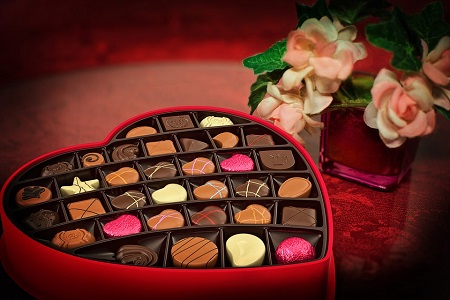 Sweetest Day is a holiday that is celebrated in the Midwestern United States, and parts of the Northeastern United States, on the third Saturday in October. It is a day to share romantic deeds or expressions. Ten states and parts of two states observe Sweetest Day: Illinois, Indiana, Kentucky, Michigan, Missouri, North Dakota, Ohio, South Dakota, Wisconsin, West Virginia, Washington and areas of both New York and Pennsylvania west of the spine of the Appalachian Mountains. Sweetest Day has also been referred to as a "concocted promotion" created by the candy industry solely to increase sales of sweets.

There were also several attempts to start a "Sweetest Day" in New York City, including a declaration of a Candy Day throughout the United States by candy manufacturers on October 8, 1922. In 1927, The New York Times reported that "the powers that determine the nomenclature of the weeks of October" decreed that the week beginning on October 10, 1927 would be known as Sweetest Week. On September 25, 1937, The New York Times reported under Advertising News and Notes that The National Confectioners Association had launched a "movement throughout the candy industry" to rank Sweetest Day with the nationally accepted Mother's Day, Father's Day, and St. Valentine's Day. In 1940, another Sweetest Day was proclaimed on October 19. The promotional event was marked by the distribution of more than 10,000 boxes of candy by the Sweetest Day Committee. The candy was distributed among 26 local charities. 225 children were given candy in the chapel at the Society for Prevention of Cruelty to Children on October 17, 1940. 600 boxes of candy were also delivered to the presidents of the Jewish, Protestant and Catholic Big Sister groups of New York.

Like Valentine's Day, the Sweetest Day is associated with heart-shaped boxes, and 80% of Hallmark's greeting cards designed for Sweetest Day are romantic.

Retail Confectioners International describes it as "much more important for candymakers in some regions than in others (Detroit and Cleveland being the biggest Sweetest Day cities)". The popularity in Detroit was greatly perpetuated by the Sanders Candy Company. Frederick Sanders of Detroit, MI was a large promoter of the holiday. In 2006, Hallmark marketed 151 greeting card designs for Sweetest Day. American Greetings marketed 178.

Since Sweetest Day was invented by commercial interests which stood to profit from such a holiday, dissenting Cleveland residents refer to it as a "Hallmark holiday" (although it was not invented by the Hallmark Cards company).