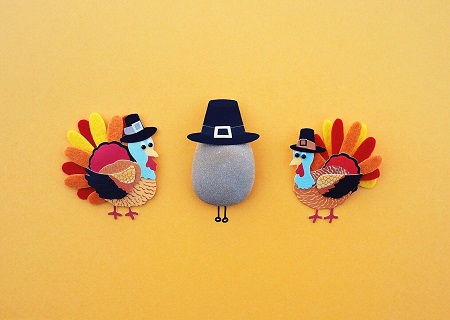 Prayers of thanks and special thanksgiving ceremonies are common among almost all religions after harvests and at other times. The Thanksgiving holiday's history in North America is rooted in English traditions dating from the Protestant Reformation. It also has aspects of a harvest festival, even though the harvest in New England occurs well before the late-November date on which the modern Thanksgiving holiday is celebrated.

In the English tradition, days of thanksgiving and special thanksgiving religious services became important during the English Reformation in the reign of Henry VIII and in reaction to the large number of religious holidays on the Catholic calendar. Before 1536 there were 95 Church holidays, plus 52 Sundays, when people were required to attend church and forego work and sometimes pay for expensive celebrations. The 1536 reforms reduced the number of Church holidays to 27, but some Puritans wished to completely eliminate all Church holidays, including Christmas and Easter. The holidays were to be replaced by specially called Days of Fasting or Days of Thanksgiving, in response to events that the Puritans viewed as acts of special providence. Unexpected disasters or threats of judgement from on high called for Days of Fasting. Special blessings, viewed as coming from God, called for Days of Thanksgiving. For example, Days of Fasting were called on account of drought in 1611, floods in 1613, and plagues in 1604 and 1622. Days of Thanksgiving were called following the victory over the Spanish Armada in 1588 and following the deliverance of Queen Anne in 1705. An unusual annual Day of Thanksgiving began in 1606 following the failure of the Gunpowder Plot in 1605 and developed into Guy Fawkes Day on November 5th. 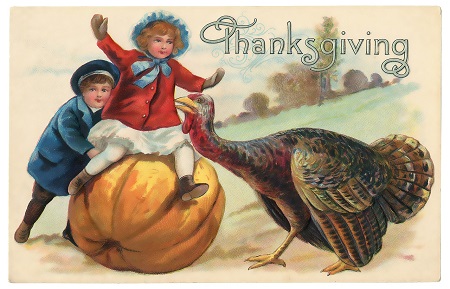 the United States, the modern Thanksgiving holiday tradition is commonly, but not universally, traced to a sparsely documented 1621 celebration at Plymouth in present-day Massachusetts. The 1621 Plymouth feast and thanksgiving was prompted by a good harvest. Pilgrims and Puritans who began emigrating from England in the 1620s and 1630s carried the tradition of Days of Fasting and Days of Thanksgiving with them to New England. Several days of Thanksgiving were held in early New England history that have been identified as the "First Thanksgiving", including Pilgrim holidays in Plymouth in 1621 and 1623, and a Puritan holiday in Boston in 1631. According to historian Jeremy Bangs, director of the Leiden American Pilgrim Museum, the Pilgrims may have been influenced by watching the annual services of Thanksgiving for the relief of the siege of Leiden in 1574, while they were staying in Leiden. Now called Oktober Feesten, Leiden's autumn thanksgiving celebration in 1617 was the occasion for sectarian disturbance that appears to have accelerated the pilgrims' plans to emigrate to America. Later in Massachusetts, religious thanksgiving services were declared by civil leaders such as Governor Bradford, who planned the colony's thanksgiving celebration and fast in 1623. The practice of holding an annual harvest festival did not become a regular affair in New England until the late 1660s.

Thanksgiving proclamations were made mostly by church leaders in New England up until 1682, and then by both state and church leaders until after the American Revolution. During the revolutionary period, political influences affected the issuance of Thanksgiving proclamations. Various proclamations were made by royal governors, John Hancock, General George Washington, and the Continental Congress, each giving thanks to God for events favorable to their causes. As President of the United States, George Washington proclaimed the first nationwide thanksgiving celebration in America marking November 26, 1789, "as a day of public thanksgiving and prayer to be observed by acknowledging with grateful hearts the many and signal favours of Almighty God".

In modern times the President of the United States, in addition to issuing a proclamation, will "pardon" a turkey, which spares the bird's life and ensures that it will spend the duration of its life roaming freely on farmland. 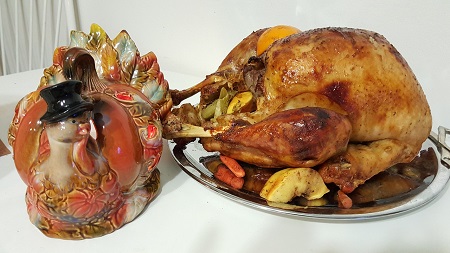 The Harvest Thanksgiving Festival, Erntedankfest, is a popular German Christian festival in early October. The festival has a significant religious component, and unlike its North American counterpart, it usually does not include large dinners. Many churches get decorated with autumn crops, beautifully arranged in front of the altar. In some places, there are religious processions or parades. Many Bavarian beer festivals, like the Munich Oktoberfest, take place within the vicinity of Erntedankfest.

Labor Thanksgiving Day is a national holiday in Japan. It takes place annually on November 23. The law establishing the holiday, which was adopted during the American occupation after World War II, cites it as an occasion for commemorating labor and production and giving one another thanks. It has roots in an ancient harvest ceremony celebrating hard work.

The Harvest Festival of Thanksgiving does not have an official date in the United Kingdom, however it is traditionally held on or near the Sunday of the harvest moon that occurs closest to the autumnal equinox. Harvest Thanksgiving in Britain pre-dates Christianity when the Saxons would offer the first sheaf of corn to fertility gods. When the harvest was finally collected, communities would come together for a harvest supper. When Christianity arrived in Britain many traditions remained, and today Harvest Thanksgiving is marked by churches and schools in late September/early October (same as Canada) with singing, praying and decorating with baskets of food and fruit to celebrate a successful harvest and to give thanks. Collections of food are usually held which are then given to local charities which help the homeless and those in need.

What Americans call the "Holiday Season" generally begins with Thanksgiving.

In 2016 the USA Thanksgiving will be celebrated on November 24th. 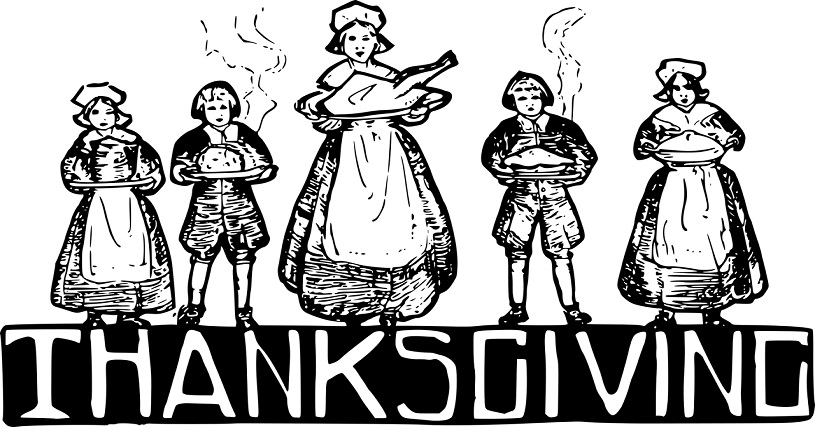