The Complexity Of Songs

The Complexity Of Songs

"The Complexity of Songs" was a journal article published by computer scientist Donald Knuth in 1977, as an in-joke about computational complexity theory. The article capitalizes on the tendency of popular songs to devolve from long and content-rich ballads to highly repetitive texts with little or no meaningful content. The article notes how some songs can reach a complexity level, for a song of length N words, as formula: O(log N). The gist of the article is repeated below, maintaining the wit of the key concepts. 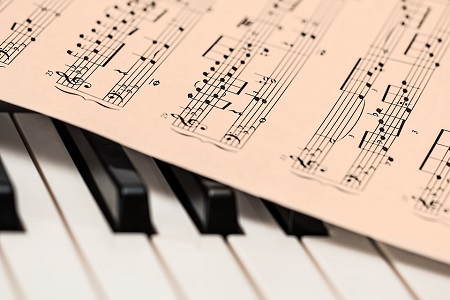 Knuth writes that "our ancient ancestors invented the concept of refrain" to reduce the space complexity of songs, which becomes crucial when a large number of songs is to be committed to one's memory. Knuth's Lemma 1 states that if N is the length of a song, then the refrain decreases the song complexity to cN, where the factor c < 1.

Finally, the progress during the 20th century — stimulated by the fact that "the advent of modern drugs has led to demands for still less memory" — leads to the ultimate improvement: Arbitrarily long songs with space complexity O(1), e.g. for a song to be defined by the recurrence relation.

Prof. Kurt Eisemann of San Diego State University in his letter to the Communications of the ACM further improves the latter seemingly unbeatable estimate. He begins with an observation that for practical applications the value of the "hidden constant" c in the Big Oh notation may be crucial in making the difference between the feasibility and unfeasibility: for example a constant value of 1080 would exceed the capacity of any known device. He further notices that a technique has already been known in Mediaeval Europe whereby textual content of an arbitrary tune can be recorded basing on the recurrence relation Sk = C2 Sk-1 S k = C 2 S k − 1 {\displaystyle S_{k}=C_{2}S_{k-1}} , where C2 =' la' C 2 = ′ l a ′ {\displaystyle C_{2}='la'} , yielding the value of the big-Oh constant c equal to 2. However it turns out that another culture achieved the absolute lower bound of O(0). As Prof. Eisemann puts it:

"When the Mayflower voyagers first descended on these shores, the native Americans proud of their achievement in the theory of information storage and retrieval, at first welcomed the strangers with the complete silence. This was meant to convey their peak achievement in the complexity of songs, namely the demonstration that a limit as low as c = 0 is indeed obtainable."

It has been suggested that the complexity analysis of human songs can be a useful pedagogic device for teaching students complexity theory.

The article "On Superpolylogarithmic Subexponential Functions" by Prof. Alan Sherman writes that Knuth's article was seminal for analysis of a special class of functions.

Source: The Complexity Of Songs