The Truman Show delusion, informally known as Truman Syndrome, is a type of persecutory/grandiose delusion in which patients believe their lives are staged plays, reality television shows, or are being watched on cameras in general. The term was coined in 2008 by brothers Joel and Ian Gold, a psychiatrist and a neurophilosopher, respectively, after the 1998 film The Truman Show. It is not officially recognized nor listed in the Diagnostic and Statistical Manual of the American Psychiatric Association. 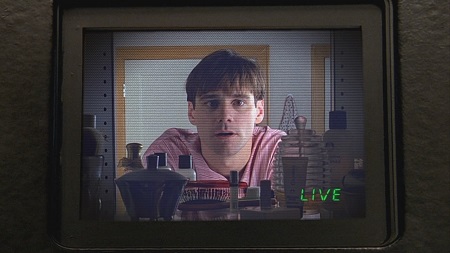 The Truman Show is a 1998 comedy-drama film directed by Peter Weir and written by Andrew Niccol. Actor Jim Carrey plays Truman Burbank, a man who discovers he is living in a constructed reality televised globally around the clock. Since he was in the womb his entire life has been televised, and all the people in his life have been paid actors. As he discovers the truth about his existence, Burbank fights to find an escape from those that have controlled him his entire life.

The concept predates this particular film, which was inspired by a 1989 episode of The Twilight Zone in its 1980s incarnation, titled "Special Service," which begins with the protagonist discovering a camera in his bathroom mirror. This man soon learns that his life is being broadcast 24/7 to TV watchers worldwide. Author Philip K. Dick also wrote short stories and, most notably, a novel, Time Out of Joint (1959), in which the protagonist lives in a created world in which his "family" and "friends" are all paid to maintain the illusion. Later science fiction novels repeat the theme. While these books do not share the reality-show aspects of The Truman Show, they do have in common the concept of a world that has been constructed, by others, around one's personal aspects.

Delusions – fixed, fallacious beliefs – are symptoms that, in the absence of organic disease, indicate psychiatric disease. The content of delusions varies considerably (limited by the imagination of the delusional person), but certain themes have been identified, for example, persecution. These themes have diagnostic importance in that they point to certain diagnoses. Persecutory delusions are, for instance, classically linked to psychosis.

The content of delusions are invariably tied to a person's life experience, and contemporary culture seems to play an important role. A retrospective study conducted in 2008 showed how delusional content has evolved over time from religious/magical, to political and eventually to technically themed. The authors concluded that:

sociopolitical changes and scientific and technical developments have a marked influence on the delusional content in schizophrenia.

...in the 1940s, psychotic patients would express delusions about their brains being controlled by radio waves; now delusional patients commonly complain about implanted computer chips.

The Truman Show Delusion could represent a further evolution in the content of persecutory delusions in reaction to a changing pop culture.

Because reality shows are so visible, it is an area that a patient can easily incorporate into a delusional system. Such a person would believe they are constantly being videotaped, watched, and commented upon by a large TV audience. 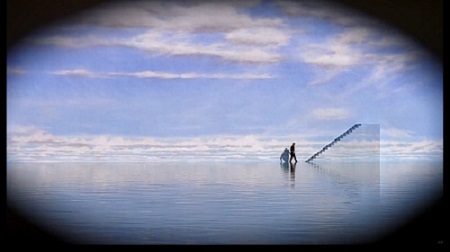 have been over 40 recorded instances of people suffering from the Truman Show Delusion in the U.S., the U.K. and elsewhere. Joel Gold, a psychiatrist at Bellevue Hospital Center in New York City, and a clinical assistant professor of psychiatry at New York University, and his brother Ian, who holds a research chair in Philosophy and Psychiatry at Montreal's McGill University, are the foremost researchers on the subject. They have met, since 2002, with over a dozen individuals, primarily white men between 25 and 34, suffering from the delusion. They have reported that one patient traveled to New York City after 9/11 to make sure that the terrorist attacks were not a plot twist in his personal Truman Show, while another traveled to a Lower Manhattan federal building to seek asylum from his show. Another patient had worked as an intern on a reality TV program, and believed that he was secretly being tracked by cameras, even at the polls on Election Day in 2004. His shout that then-President George W. Bush was a "Judas" brought him to Bellevue Hospital and Gold's attention.

One of Gold's patients, an upper-middle class Army veteran who wanted to climb the Statue of Liberty in the belief that doing so would release him from the "show", described his condition this way:

I realized that I was and am the center, the focus of attention by millions and millions of people ... My family and everyone I knew were and are actors in a script, a charade whose entire purpose is to make me the focus of the world's attention.

The choice of the name "Truman Show Delusion" by the Golds was influenced by the fact that three of the five patients Joel Gold initially treated for the syndrome explicitly linked their perceived experiences to the film.

In the U.K., psychiatrists Paolo Fusar-Poli, Oliver Howes, Lucia Valmaggia and Philip McGuire of the Institute of Psychiatry in London described in the British Journal of Psychiatry what they referred to as the "Truman Syndrome":

[A] preoccupying belief that the world had changed in some way that other people were aware of, which he interpreted as indicating he was the subject of a film and living in a film set (a ‘fabricated world’). This cluster of symptoms ... is a common presenting complaint in individuals ... who may be in the prodromal phase of schizophrenia.

The authors suggest that the "Truman explanation" is a result of the patients' search for meaning in their perception that the ordinary world has changed in some significant but inexplicable way.

The Truman Show delusion is not officially recognized and is not a part of the Diagnostic and Statistical Manual of the American Psychiatric Association. The Golds do not say that it is a new diagnosis but refer to it as "a variance on known persecutory and grandiose delusions."