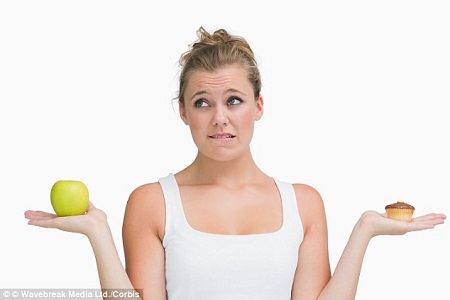 , New Year's, top of the year, fresh start, time for a new me. I’m ready to set some New Year resolutions and follow through with them, easy right? While this sounds like whimsical words to most everyone. Truth is only 8% of people regularly succeed in keeping the promises they make as the new year ball drops. In fact the statistic brain research institute finds that over 30% of people give up on their resolutions before the end of January. Followed by another 30 % who quit by the end of May. So what gives? How does 92% of the population end up not reaching their goal or fail miserably trying. Why is it so hard for people to stick with a goal and see it through to the end? And how the heck do only 8% complete the goals they set for themselves for the upcoming year? While there is extensive research on why the vast majority of people give up, the real answer lies deep inside us.

If you think about it logically, decisions are one of the purposes of life. To dim it down you can say that “life essentially makes decisions.” While some may argue this due to belief systems, religious reasons etc. Everything in life boils down to either a constructive decision or a destructive decision. Dr Paul Dobransky, a leading psychiatrist in the field of evolutionary psychology, goes further by explaining that there is no real discrepancy between a constructive or destructive decision because they are both progressive. He notes that what is actually regressive is no decision at all. Now, this obviously doesn’t mean you can go out and make bad decisions and not expect repercussions. Dive further however and you realize that while decisions can be life or death. A destructive decision will normally result in a learning curve which is synonymous with growth. While apparent decisions are critical for growth and evolution as an individual. If we go behind another door and look closely. We see that decisions are fueled by a force deep inside us. This driving strength is known as willpower.

Will power is defined as the control of one’s impulses and actions; self-control. In short referring to the ability or inability to say no to a decision. Breaking it down further we can analyze that there are two other aspects to willpower: the “I will” and the “I want.” The “I will power is the other side of the “I wont” coin. The ability to do something when you do not want to do it. The “I want” side is that ability to remember the why when temptation strikes. By becoming the master of your wont, wills, and wants you can become the master of your destiny. The results of these actions however is not to be taken lightly. As discussed below “reprogramming” yourself to favor the harder choices is always uncomfortable and overwhelming.

According to a 2010 study conducted by the American Psychological Association the lack of willpower is the number-one obstacle people face in achieving their goals. It has been researched that those with higher levels of will power do better in school, earn more money, make better leaders, and are happier, healthier and less stressed. While most reading this will think, “yeah that makes sense of course.” The science behind achieving higher will power is even more astonishing. Will power challenges are biological in nature, what we find tempting someone else might find repulsive. The internal struggle of self discipline is just evidently part of being human. Scientists are aiming to understand what makes us likely lose control and help us manage our “willpower reserves,” and avoid pitfalls that drain them. “It is as if self control is a limited resource that ‘runs out’ if it is used to much,” said Chandra Sripada, the lead researcher in a study published in The Journal of Physiological Science. Physiologically speaking when you make a decision your brain is fixated on the promise of reward. A neurotransmitter called dopamine tells your brain that you must act on a decision now no matter what the cost or suffer the consequences. The chemical though isn’t engineered to make us feel happy or content. It s role is to stimulate us to action. Once dopamine is released in your brain, obtaining the desirable outcome or completing an action can become a do or die proposition. This process by the body is traced back to a time when an insatiable appetite was vital survival.

I have been in personal training for over 7 years. Through the course of my career thus far I have been doing research. As well as observing the actions of everyone I have had the privilege to share my knowledge base with and personally train. Taking notes on the above I have found that the difference between those who have tremendous in success in elevating their health and those who get stuck in neutral is the two magic words you have been reading about; “will power.” That is why in my assessments and when learning about a person I prioritize goal setting. Generally speaking goal-driven and happy individuals with high levels of control give off these traits to others. When we’re not sure how to think or act we tend to look at how other people think and act and follow along, even if subconsciously.

In Part 2 I will go over the details about how others effect our willpower decisions and begin diving into strategies to maximize positive decision making.

Source: LiveJacked: Will Power: The I Will, No, No I Won't But I Want! Part 1