Acting lessons and classes in Los Angeles near me 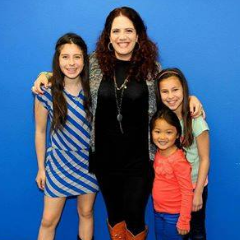 Send Message
Acting With Alisha Top Youth Acting Coach
School, Learning Centre
-
Los Angeles, CA
www.***
Alisha is a Top acting coach for youth in Los Angeles and specializes in teaching youth private acting lessons over Skype to students all over the world. She also has classes in Casting Studios in Los Angeles. Here is a partial list of jobs Alisha's students have booked: Unforgettable, Modern Family, True Blood, Sam & Cat, Days of our lives, Legit, Lauren, The First Family, Playdate, Wiener Dog Nationals, Burger King, Audi, Verizon, Disney, Taco Bell, Levi's. T D Ameritrade, Mcdonald's, Coldwell Banker, Walmart, Infiniti, H & M, and Target. Alisha is not just an Acting coach, she is a working Actress, Producer, Director, Painter and Filmmaker with films she made and acted in prestigious Film Festivals. Alisha has worked in the past in Casting as a Casting Associate, Session Director, Casting assistant, and Lobby Assistant. She has been in numerous Independent Films that have had their run in Film Festivals around the World and Theatrical Release. Alisha uses all of her knowledge from being in front and behind the camera to every student she teaches.
-
Subjects:
Acting,
Child Acting
Reload
See more results