Figure Skating lessons and classes near me 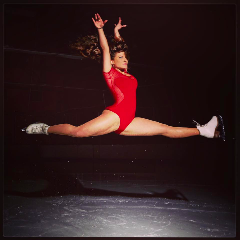 Send Message
Megan Nordle
School, Learning Centre
$120
New York, NY
www.***
Megan Nordle is a Professional Choreographer and Figure Skating Coach. She holds a BFA in Modern Dance Performance and Choreography from the University of The Arts. Megan Nordle currently teaches Dance and Figure Skating at esteemed Chelsea Piers in New York City, where she is available for group lessons and private coaching. Prior to attending UARTS in Philadelphia, Megan was a student at The New Hampshire School of Ballet for 10 years. As a member of NHSB’s competition team, she is a nationally recognized dancer. She  was awarded ADA’s Young Choreographer of the Year in ’05. Megan was also titled Dance Masters of America’s Chapter 5 Teen Miss Dance of New England ’02, American Dance Awards Teen ’02, Miss Dance of America ’03, and Headliners National Miss Dance ’05. Combining her advanced dance skill with her family’s legacy of skating, Megan began her teaching career as a professional figure skating coach in ’06 at the young age of 16. During her Senior year at UArts, Megan spent self produced a full-length show which featured entirely original choreography. The show premiered at the historical Arts Bank Theater in Center City Philadelphia on the famous Avenue of the Arts. Megan was a part of the nEW Festival in ’08, working on Melanie Stewart’s ‘Kill Me Now’, featured in Philadelphia’s Fringe Festival 2009, and spent the summer of ’09 dancing with The Portland Ballet as a guest artist. From ’09-’10 she was a soloist with Philadelphia’s Contempra Dance Theatre. Post graduation from UARTS, Megan was immediately hired as the Head Professor of Modern Dance at the Pennsylvania Leadership Charter School for Performing and Fine Arts, where she additionally taught Advanced Ballet and Pointe. Since then, she has been teaching skating and dancing to students of all ages and abilities: an aspect of her life which brings her true happiness!   Megan has had the pleasure of working with many esteemed choreographers such as Christine Cox (Artistic Director of ‘BalletX’), Ronen Koresh (Artistic Director of Koresh Dance Company), Silvana Cardell, Curt Haworth, and Christopher Huggins (Principle Dancer with Alvin Ailey), and was educated under the phenomenal guidance of Scott Jovovich (Joffery Ballet), Kim Bears Bailey (AD of Philadanco), Jennifer Binford-Johnson, Zane Booker, and Brian Sanders (Artistic Director of Philadelphia’s ‘JUNK’).
$120
Subjects:
Figure Skating
Reload
See more results

Figure Skating lessons and classes near me listed with TutorExtra US