Film Acting lessons and classes near me 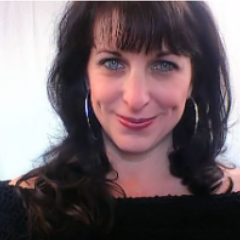 Send Message
Susan C.
Tutor, Instructor
$50
Broomfield, CO
https://tutorextra.com/profile/susan/28-21926
Over 12 years coaching Theatre and 5 years tutuoring in English, Writing and Public Speaking. Thespian Journey offers private coaching, consulting and group classes to individuals interested in pursuing a career in Arts and Entertainment. I also provide private tutoring in the academic areas of Creative Writing, Essay Writing, Public Speaking and English. We work with ages 5-18 years old or those at a K-12 educational level.**Due to COVID-19, class sizes will be no greater than 10 students and on-line private coaching is now available. What makes us unique is that we build long-term relationships with our students, catering our services to meet their individual needs and goals. Our focus is on helping our students every step of the way, from their first play audition in grade school to their first college audition at an arts-focused conservatory or university. From a technical acting perspective for both stage and film, we teach our students the basics of theatre etiquette, stage direction, blocking, hitting your mark, audition techniques and assist with acting resume/headshot formatting. From a theatrical acting perspective, we meet individuals where they are in their artistic process and help them develop from that point forward. Through physical movement, monologue and scene analysis, we help students step outside their boundaries and tap into their unique talents. We help students select monologues and scenes, learn how to dig deeper and connect with a character, develop that character and be able to confidently perform in front of others. We also assist those students who want to write their own performance pieces. From a Consulting perspective, we work with high school age performers to help them decide on the perfect path for their thespian journey by assisting in college selection and preparation for college auditions. We also work with actors who are ready to seek agency representation in their local markets. We work with students with both dramatic and comedic emphasis and those interested in stage and/or commercial, television and film. ​Our model is built upon the belief that together we are better, which is why we take pride in partnering with our students on their Thespian Journey toward success.
$50
Subjects:
English Literature,
Essay Writing,
Public Speaking,
Acting,
Child Acting 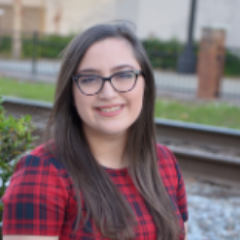 Professional film and tv acting lessons near me


There are many differences between film and television acting and working on commercials or in a theatre. There are those who are classically trained that have studied Shakespeare but film and commercial actors come from all sorts of backgrounds.

Although you may want to star in a leading role, you will have to tirelessly audition for roles on soap operas, sitcoms or feature films – you never know what will be your lucky day. Just keep working on your acting skills through actual work experience and classes.

With a good online tutor, you will explore different characters, speech and projection, plus the hugely testing but rewarding improvisation skills.

Can you learn both theatre and film acting together?

Many consider the theatre to be more prestigious than film and TV acting but working on a movie or TV show can be more lucrative. A stage actor may have to work on their craft for years before he or she can be the lead in a successful play. Acting on a TV show or film can launch your career overnight. Plus film and TV shows are often broadcast many times throughout the world.

What are the main different skill sets between theatre and on screen acting?

Film and television acting occurs in editions and scenes, unlike theatre where actors recite an entire story from start to finish every night. As a film or TV actor, you may spend a full day shooting only a few scenes. As an actor in theatre, you have nowhere to hide.

Not all actors coming from a theatre background can make the transition to film and television, and vice versa. Theatre actors may find film a painfully slow process while TV actors may find performing in front of an audience far more demanding.

In film and TV acting, you don’t have a live audience giving you feedback. Instead, you have a camera, the director and the crew. You have to know your part, what the director is expecting of you and where the cameras are all the time.

Watch TV shows or movies on video with the sound turned off. You can then guess what the actors are trying to say and how they use body and facial gestures to enhance their performance.

In the world of film and TV, you play the same scene many times so the director can capture that scene from several different angles. To improve consistency with each take, you have to be aware of continuity each time you perform a scene on camera.

Also, for financial reasons, film and TV shows are filmed out of order. Therefore – you may shoot the final scene of the movie on your first day on set so you will have to consider any changes in your character.

When should I start acting lessons?

It’s never too late! If you haven’t gone through the traditional route of Drama School, sign up for online tutoring (usually around £20-30 per hour) then sign up as an extra – there are many agencies – or join a local theatrical group while keeping an eye open for any auditions going. The extras avenue can be very exciting as you could be in a tiny production one minute or Star Wars the next!

Film Acting lessons and classes near me listed with TutorExtra US