German After School Sitters near me 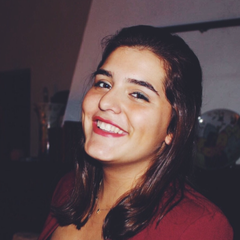 Send Message
Carolina P.
Babysitter, Nanny, Date Night Sitter, After School Sitter
-
Burbank, CA
https://tutorextra.com/profile/carolina/46-12309
I love to play and hang out with kids since I grew up in a very big family full of cousins. That is why I'm very used to babysitting or tutoring them in languages. I love to play the guitar and to brighten up a kids day.
-
Subjects:
German,
Portuguese
Reload
See more results

German lessons near me

How useful is German?

German is the national and native language of Germany or Deutschland as it is natively known. Approximately 130 million people in the world speak German, either as their mother language or as a second language; and it is the official language in Belgium, Austria, Switzerland, Luxembourg, and Liechtenstein.

German is particularly famous for its excessively long words, with the longest word in the German dictionary reaching an astonishing 79 letters! For your sake and our own, we won't write it here. In many languages, words are often one of two genders (masculine or feminine), however, in German, there are three genders, the third gender is 'neuter', which is for words that are neither masculine nor feminine.

If English is your first language, then German is understood to be easier to learn than some other languages, this is due to the fact that both languages are rooted in the ancient Germanic language. As a result, English and German share over 60% of their vocabulary!

There are many good reasons for learning German, starting with the point we just made above. If you are an English speaker, then you are at quite an advantage when it comes to learning German. This is due to the number of words both languages share, and the fact that the alphabet has all the same letters (plus a couple of new ones).

If you are involved in academia or want to be in the future, then German is widely understood to be an important language in the global academic community. In fact, it ranks as the second most commonly used scientific language. Furthermore, if you are interested in living or working in Europe, then German will serve you well, as the second most spoken language on the continent.

How much does it cost to learn German?

For Beginners, online lessons on TutorExtra start from as little as £10 per lesson and can go as high as £40 per lesson depending on the tutor's expertise. At TutorExtra we aim to provide comprehensive access to tutors of all grades and levels in 1000s of subject areas.

German After School Sitters near me listed with TutorExtra US