Marketing lessons and courses in Atlanta near me 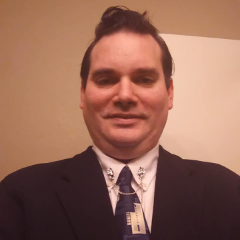 Send Message
Samuel J L.
Tutor, Instructor
$25-50
Chattanooga, TN
www.***
SAMUEL J. L., DBA/MBA/MM/MA PARTNERS: IMTA/NAPAMA/AGMA/ASCAP/BMI/AMA   6220 Shallowford Road, Chattanooga, TN tel: *** -6835 (Business) ( tel: *** (Cell/Text) ( tel: *** (Cell) ***@*** www.***   Samuel, CEO/President of Lombard’s Christian Arts Conservatory (LCAC), SL Models & Talent Agency, LLC (SLMTA), Lion’s Publishing & Productions, LLC (LP&P), LUSH Models & Design, LLC, Youth Arts Management Association, LLC (YAMA), a nonprofit guild for fine/performing artists American National Guild of Performing Artists (ANGPA).  He has built relationships with other corporate staff, such as Carrabba's, TN, Six Flags Great Adventure, Jackson, NJ, and many other places seeking to revamp, organize, and/or develop business products and services from recruitment, managerial, and organizational perspectives.     Mr. L. has over 25 years of experience in the music, acting, and dancing industries.  He has begun his musical career in a small town, where he was born, in Browns Mills, NJ singing solos in church at age six.  He graduated from a private high school where he has traveled from age 13 - 18 singing and doing dance numbers under instruction of Francesca Charles and Nancy Heorl who partnered with Opera showdowns and performances in Italy, France, Germany, Brazil, all across the US, such as Metropolitan Opera House of NYC, and Carnegie Hall.  Samuel spent five years competing with his artistic skills, mainly abroad in his twenties. He has won many awards for his writing/composition/singing skills. Now, he is expanding to ballet, pointe, and jazz styles. He is looking to identify these skills with training to professional status. Samuel currently has one book of poetry being published in April: A Journey from Fear.  He is writing another book of poetry: A Journey to Love.  Samuel has over 200 lyrics copywritten in BMI/ASCAP, as well as recently became a member of the Singer/Dancer union/American Guild of Music Artists (AGMA) while being represented by Ambiance Models and Talent, Chattanooga, TN.   Samuel specializes in Organizational Leadership when it comes to business.  He is a well-rounded individual who enjoys coaching other business personnel, boards, and enjoys improving the communities he gets in contact with.  His experience is essential to performing and fine arts, but he also understands the nonprofit sector, sponsorship/grant writing procedures, and he is highly leveled in board development, business planning, marketing, production, managerial revamp/organizational performance and perspective for many business types.   Please follow the attached resume about my educational/organizational/experiences that did not fit in the biography.  He looks forward to working with the next big thing for community improvement.   Partnerships/Associations/Awards: AIEA [Association of International Education Administrators]- since 2010 Opera America: since August 2011 Discover Jersey Arts: since August 2010 The Smith Center for the Performing Arts: since September 2010 The Actors Fund: since August 2011 GRAMMY Summa Cum Laude: 3. 929   Dean's List: Rider University; Fall, 2011 and Spring, 2012   Dean's List: Burlington County College: Spring, 2007; Fall, 2008; Spring, 2009; Fall, 2009; Spring, 2010, Fall, 2010; Spring, 2011   National Dean's List: Fall, 2008 National Honors Society: Fall, 2009 The National Scholars Honors Society: 2009 Pi Kappa Lambda- National Music Honors Society: 2010AIEA [Association of International Education Administrators]- since 2010 Opera America: since August 2011 Biltmore (Covington's) Who's Who among other Executives: since May 2012 Discover Jersey Arts: since August 2010 The Smith Center for the Performing Arts: since September 2010 The Actors Fund: since August 2011 Rodgers and Hammerstein: since June 2011 Musical Theatre International Shows: since November 2011 GRAMMY: since 2011 OSCARS: since 2010 NAPAMA: North America Performing Arts Managers and Agents- since 2012 Disney Fractured Atlas (5 Years) THIS YEAR: ISPA: International Society for the Performing Arts- July 2016 AGMA (American Guild of Music Artists)
$25-50
Subjects:
English,
History,
Marketing,
Music Theory,
English Literature 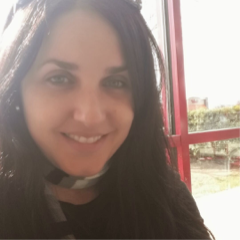 Send Message
Maria G.
Tutor
$25
Sherrills Ford, NC
www.***
I have 12 years of experience as a teacher and tutor. I believe in finding new and innovative methods of teaching to help students succeed. Each student is unique and what may work for one may not work for another, that is why I take my time to ensure I prepare lessons that are appropriate for each student individually that will help him/her develop the skills  needed to improve in class. I have experience working with different age groups and with students with learning disabilities. I  have a passion for teaching. I believe every student has the ability to succeed. Sometimes we just need the extra help and someone to care and believe in us to show us the way. I want to continue to be that person for students, someone they can lean on, and help them in their journey to success.
$25
Subjects:
Spanish,
History,
Psychology,
Marketing,
Business
Reload
See more results