Math High Schools near me 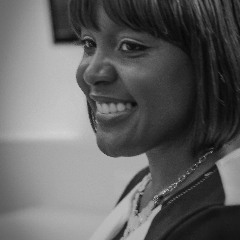 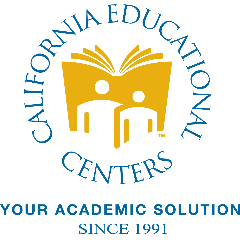 Send Message
California Educational Centers
School, Learning Centre, Elementary School, Middle School, High School, Tutoring center
$22
Cerritos, CA
www.***
In 1991, Brian Tom's seedling educational center, Cerritos Education Center, consisted of a one-room homework lab, a used van, and a staff of 5 employees.   Today, the educational services company has transformed to become California Educational Centers Inc., or CEC, now boasting several contracts with school districts, valued community relationships and a staff of more than 100, including credentialed teachers, college graduate and undergraduate students, who reach out year-round to all students. CEC is proud to receive continued support from the community, through partnerships with institutions like the California Chess Academy, Chick-Fil-A, Elephant Bar Restaurant, Network for a Healthy California and Project APPLE.   While the facility and the student base has certainly grown and changed over the years, the principle behind the company remains the same. The vision was, and still is, for an educational center with 3 core values: safety, education and fun! Together these components, along with the mission statement, "to help each student reach his/her highest academic and social potential"brings to life an educational center whose unique environment inspires academic and social success for its students.   Founded in 1991. We work with 5 School Districts.   CEC strives to guarantee academic and social success for its students. CEC continues to be at the forefront of education, constantly developing new programs and curriculum designed to inspire every aspect of a childs mind, and utilizing the latest in educational technology in its multimedia computer lab, Vision Learning Labs.   As the company has grown, so has the diversity of its clientele. CEC's goal is to make its educational services available to all students, of all backgrounds. With this goal in mind, CEC has worked hard to offer special year-round discounts to make CEC's work with each family's own budget.   Even though he is legally blind, Brian Tom has a clear vision to educate others and is motivated to share this vision. From the very start of his journey, which began with his diagnosis of glaucoma, to his present achievements, four highly respected companies, Brian and his staff have maintained their devotion to education and continue to provide students with a visionary path to success! California Educational Centers continues to be an integral part of the neighboring community fueled in large part to our staff's dedication and enthusiasm towards student achievement!
$22
Subjects:
English,
Math,
Physics,
Chemistry,
Biology
Reload
See more results

Maths lessons near me

About the subject Maths

Maths (mathematics) is the study of numbers, shapes and patterns. The word comes from the Greek word "μÎ¬θημα" (máthema), meaning "science, knowledge, or learning".

Maths is the world's most successful system of problem solving, and includes the study of:

Mathematicians seek and use patterns to formulate new conjectures; they resolve the truth or falsity of such by mathematical proof.

What is the difference between Maths and Math?

Children at primary school are expected to know their times tables and are taught Key Stage 1 (KS1) and Key Stage 2 (KS2). Mostly they are not introduced to algebra. Children are taught about long division, fractions, decimals, averages, ratios, negative numbers, and long multiplication.

In secondary school, children move on to Key Stage 3 (KS3).

What are the topics covered in GCSE Maths?

Most of the mathematical topics in GCSE Maths tests revolve around the basics taught to students at Key Stage 1, 2 and 3.

Key Stage 4 (KS4) is the legal term for the two years of school education which incorporate GCSEs.

As it stands, GCSE Maths is still one of the most important qualifications that can be achieved depending on the A-Levels applied for, and the degree programmes students wish to study later on.

Who is considered the father of Maths (Mathematics)?

He was born in 287 BC into an astronomer family and died in 212 BC in the Siege of Syracuse.

Archimedes devoted his whole life to discovering mathematics and also science in his later life.

The most famous mathematician is Pythagoras (circa 570-495 BC).

Pythagoras was a vegetarian mystical leader and number-obsessive, he owes his standing as the most famous name in maths due to a theorem about right-angled triangles, although it now appears it probably predated him. He lived in a community where numbers were venerated as much for their spiritual qualities as for their mathematical ones. His elevation of numbers as the essence of the world made him the towering primogenitor of Greek mathematics, essentially the beginning of mathematics as we know it now. And, famously, he didn't eat beans.

Other famous and influential mathematicians include - Sir Isaac Newton, David Hilbert, Rene Descartes, Hypatia, Ada Lovelace, and of course many many others!

Maths is useful for solving problems that occur in the real world, so many people besides mathematicians study and use mathematics. Today, maths is needed in many jobs. People working in business, science, engineering, and construction need some knowledge of maths.

Math High Schools near me listed with TutorExtra US