Musical Theater lessons in Laie near me 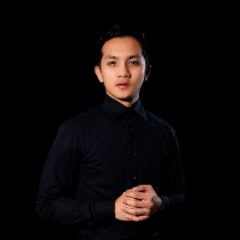 Send Message
Jonathan T.
Tutor, Teacher, Instructor
$30
Laie, HI
www.***
Jonathan T., a singer, dancer, and actor, was born and raised in the Philippines where I won numerous national competitions. I have been praised for my powerful high notes in national competitions in my native country, the Philippines. I'm currently working on my undergraduate degree in Vocal Performance at Brigham Young University - Hawaii, under the study of Melissa Walker Glenn. I began my singing career at the age of ten and joined local singing competitions in the www.*** ;I performed in Musical Theater productions in Brigham Young University - Hawaii, I played the role of Pepe in West side story and other productions such as Pirates of Penzance and a workshop. I studied contemporary dance, Jazz, and Hip Hop for several years, and I'm known for my versatile dancing skills. I also won a National Short Film Competition, entitled "Uniporme" for National Youth Commission, where I played the principal www.*** ;   My Specialties are Musical Theatre, Diction in Singing (English, French, German, Italian, and Latin) and Music Theory. I can also teach languages such as Tagalog and English. I also teach Phonetic  sounds and pronunciation in English, German, and www.*** ;
$30
Subjects:
English,
Music Theory,
Modern Dance,
Tagalog,
Musical Theater
Reload
See more results

Musical Theater lessons in Laie near me listed with TutorExtra US