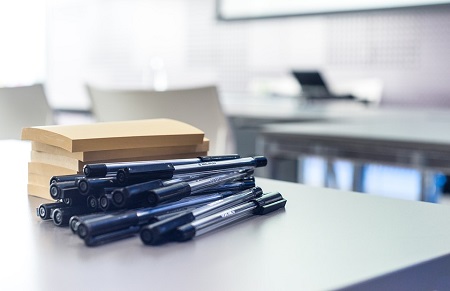 Although the "GED" initialism is frequently mistaken as meaning "general education degree" or "general education diploma", the North American Council on Education, which owns the GED trademark, coined the initialism to identify "tests of general educational development" that measure proficiency in science, mathematics, social studies, reading, and writing. Passing the GED test gives those who do not complete high school, or who do not meet requirements for high school diploma, the opportunity to earn their high school equivalency credential, also called a high school equivalency diploma or general equivalency diploma. It is called the GED in the majority of the United States, Canada, or internationally. In 2014, some states in the United States switched to alternate exams, the HiSET and TASC.

The GED Testing Service is a joint venture of the North American Council on Education. Pearson is the sole developer for the GED test. The test is taken on a computer and in person. States and jurisdictions award a Certificate of High School Equivalency or similarly titled credential to persons who meet the passing score requirements.

In addition to English, the GED tests are available in Spanish and in French in Canada, large print, audio, and braille. Tests and test preparation are also offered to persons incarcerated and on military bases in addition to more traditional settings. Individuals living outside the United States, Canada, or U.S. territories may be eligible to take the GED tests through Pearson Vue testing centers.

In November 1942, the United States Armed Forces Institute asked the North American Council on Education (ACE) to develop a battery of tests to measure high school-level academic skills. These tests gave military personnel and veterans who had enrolled in the military before completing high school a way to demonstrate their knowledge. Passing these tests gave returning soldiers and sailors the academic credentials they needed to get civilian jobs and gain access to post-secondary education or training.

ACE revised the GED Tests for a third time in 1988. The most noticeable change to the series was the addition of a writing sample, or essay. The new tests placed more emphasis on socially relevant topics and problem-solving skills. Surveys of test-takers found that more students (65%) reported taking the test with the intention of continuing their education beyond high school, rather than to get better employment (30%).

A fourth revision was made in 2002 to make the test comply with more recent standards for high-school education.

A fifth revision was released on January 2, 2014, to be delivered on Pearson VUE, a proprietary computer-based testing platform. The new test applies to the United States, but not to Canada or international locations. It retained four content areas but with different content — language arts, mathematics, science, and social studies — that "measure a foundational core of knowledge and skills that are essential for career and college readiness." 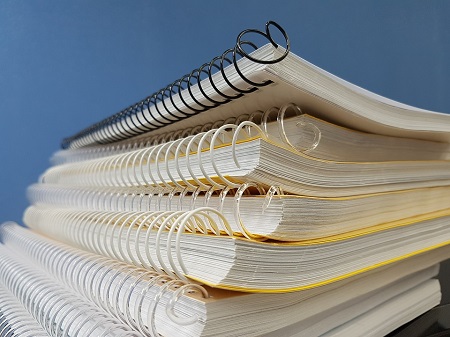 are more than 3,200 Official GED Testing Centers in the United States and increasingly in Canada, as well as around the world. Testing centers are most often in adult-education centers, community colleges, and public schools. Students in metropolitan areas may be able to choose from several testing locations.

Official GED Testing Centers are controlled environments. All testing sessions take place in person (not online) according to very specific rules, and security measures are enforced. Breaks may be permitted between tests, depending on how many tests are being administered in a session. There may be restrictions on what test-takers may bring into the testing room.

There are approximately three to six GED test forms in circulation at any time. This measure helps catch test-takers who may be cheating. As with any standardized test, the various test forms are calibrated to the same level of difficulty.

Regulations governing eligibility to take the GED vary by state. According to GED Testing Service policy, students at least 16 years old and not enrolled in high school are eligible for the program. However, many states require the candidate to be 17 years of age and a resident of the state. Some states which allow students under 17 years of age to take the test require a letter of parental consent and a letter of consent from the student's school district.

The cost of the GED test for test-takers varies depending on the state. Currently costs can be as low as $45 as is the case in Maryland, but the typical fees are $120 for all four tests, or $30 for each of the four subject tests.

Disabled persons who want to take the GED test may be entitled to receive reasonable testing accommodations. If a qualified professional has documented the disability, the candidate should get the appropriate form from the Testing Center:

The candidate should return the completed form to the GED Testing Center. Each request is considered individually. If accommodations are approved, the local GED testing examiner will conduct the testing with the approved accommodations, which are provided at no extra charge. Accommodations may include, but are not limited to: 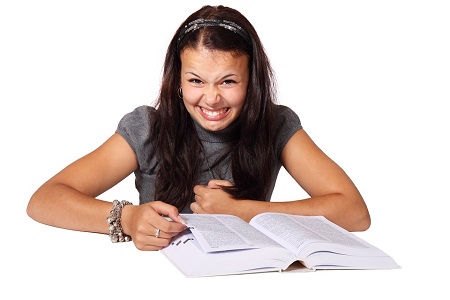 Possible scores on an individual test within the GED battery, range from a minimum of 100 to a maximum of 200. A score of 200 on an individual test puts the student in the top 1% of graduating high school seniors. ACE issues recommendations for what constitutes a minimum passing score for any given sub-test (currently 145) and for the test as a whole (currently 580—i.e., an average of 145 per test across all four sub-tests). Although most GED-issuing jurisdictions (for the most part, Boards of Education of U.S. states) adopt these minimum standards as their own, a jurisdiction may establish higher standards for issuance of the certificate if it chooses. Many jurisdictions award honors-level equivalency diplomas to students meeting certain criteria higher than those for a standard diploma in a given jurisdiction. Some districts hold graduation ceremonies for GED Tests passers and/or award scholarships to the highest scorers.

Colleges that admit based upon high school grades may require a minimum score on the GED test for admittance based upon the test. For example, Arizona State University requires an average sub-test score of 500 in addition to the certificate.

If a student passes one or more, but not all four tests within the battery, he or she only needs to retake the test(s) they did not pass. Most places limit the number of times students may take each individual test within a year. A student may encounter a waiting period before being allowed to retake a failed test. Tests must be completed by the expiration date, which is generally every two years on the last day of the year.

Many government institutions and universities regard the GED test credential as the same as a high school diploma with respect to program eligibility and as a prerequisite for admissions. The U.S. military, however, has explicitly higher requirements in admissions for GED test takers to compensate for their lack of a traditional high school diploma. The test is administered to a representative sample of graduating high-school seniors each year, about 30% of whom fail the test. That only 70% of these students pass the test may show that it is harder than commonly believed.

The GED certification itself (i.e., without further post-secondary education or training) does not create the same labor market opportunities available to traditional high school graduates. While people who have earned the GED test credential tend to earn more than dropouts and less than high school graduates, economist James Heckman has found that this is primarily due to preexisting differences in the characteristics and backgrounds of GED test graduates. When controlling for other influences, he finds no evidence that, for the average taker, the GED test credential improves an individual's economic opportunities above those for other dropouts.

However, academic research by Cameron and Heckman shows that the minority of takers with high levels of both academic ability and characteristics of persistence and motivation potentially benefit greatly from obtaining a GED.