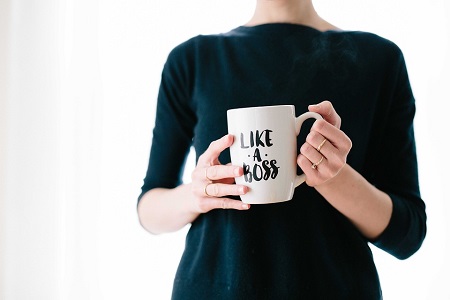 Day is generally observed on or around October 16 in the United States, Canada, Lithuania and India. It has traditionally been a day for employees to thank their bosses for being kind and fair throughout the year. This day was created for the purpose of strengthening the bond between employer and employee.

Patricia Bays Haroski registered "National Boss' Day" with the U.S. Chamber of Commerce in 1958. She was working as a secretary for State Farm Insurance Company in Deerfield, Illinois, at the time and chose October 16, which was her father's birthday. She was working for her father at the time. The purpose of designating a special day in the workplace is to show the appreciation for her bosses she thought they deserved. This was also a strategy to attempt to improve intra-office relationships between managers and their employees. Haroski believed that young employees sometimes did not understand the hard work and dedication that their supervisors put into their work and the challenges they faced. Four years later, in 1962, Illinois Governor Otto Kerner backed Haroski's registration and officially proclaimed the day.

Hallmark Cards did not offer a Boss's Day card for sale until 1979. It increased the size of its National Boss's Day line by 28 percent in 2007. Celebration in recent years is observed in countries such as Australia, India, Ireland, and Egypt.

However, there has been increasing pushback on the "celebration" of Boss's Day. The general consensus of those opposing is that employees should not feel obligated to purchase gifts for their employers who have more power and generally make more money, and that any gift-giving in the workplace should flow downward.