Computer Literacy lessons and courses in Plano near me 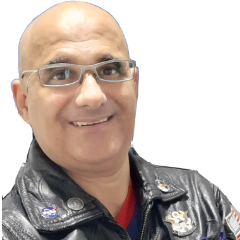 Send Message
Alexandre Goncalves P.
Tutor, Teacher, Instructor
$30-50
Plano, TX
www.***
Alexandre Gonçalves P. Graduated in Physics from the Federal University of Ceará, Coordinator of PIBID in the years 2012, 2013, 2015, 2016 and 2017, Coordinator of the Licenciatura course in Physics of the State University of Ceará (FECLESC) 2013, 2015, 2016 and 2017. He has a master's degree in Physics from the Federal University of Ceará (1997) and PhD in Physics from the Federal University of Ceará (2004). He is currently an effective professor at the State University of Ceará. He has experience in Physics, with emphasis in Physics, working mainly in the following subjects: virtual classes, computer, computational simulation of physics, virtual laboratory, Biomaterials, collagen films and virtual nuclear physics simulations. Consultancy in laboratory assembly of physics for schools and production of educational videos. He received a DTI grant (post doc) in 2006, improving his work on electric iron composites. He completed Post Doc in 2015 in CdS films for Photovoltaic applications. Former Professor of the State School of High School Architect Rogério Fróes (1996) and Batista Santos Dumont College ( tel: *** ). It has more than eight free programs for teaching physics at the site: www.*** applications used by the UFC in undergraduate courses in physics. He has a page at www.***
$30-50
Subjects:
Physics,
Computer Literacy,
Basic Math
Reload
See more results