Physics lessons and courses in Wesley Chapel near me 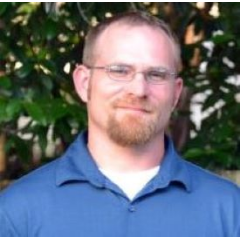 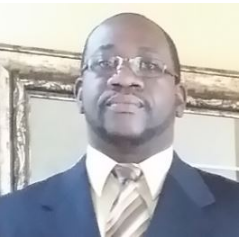 Send Message
Garnet W.
Tutor
$20-25
Wesley Chapel, FL
https://tutorextra.com/profile/garnet/44-14951
Early Educations: Born on a tropical island in the Caribbean, Jamaica, Garnet's formative education was at the St. George's College high school in Kingston, where he pursued a mixed curriculum of Natural sciences with English literature and Religious studies. This culminated in successful attempts at the ordinary and advanced level external examinations from the University of Cambridge, and the Caribbean Examination Council (CXC). Undergraduate Education: After graduating high school, Garnet was accepted to pursue undergraduate studies at the University of the West Indies' (UWI), Mona Campus, in Kingston Jamaica. In August of 1990, Garnet graduated with an upper second-class honors bachelors of science degree, majoring in Computer Sciences and Applied Physics. During his undergraduate years at the UWI, Garnet earned two annual academic bursary awards. Early Work History: Garnet started his first Job at the islands only telecommunications company, at the time called the Jamaica Telephone Company (JTC).  Selected as a part of a cohort to participate in an innovative management trainee program, where college graduates were hired and rotated on a quarterly basis throughout various departments within the organization for a year. Garnet assumed a permanent role in the Network Design department as a Junior Executive Planning Engineer. He continued at JTC   taking on more challenging responsibilities throughout the years, assuming positions of Executive Planning Engineer and Executive Computer Analyst. During this time, the company went through several metamorphoses, as Telecommunications of Jamaica, then as Cable and Wireless Jamaica, until Garnet reached out for new international opportunities in January of 1998. Post Graduate Education: In September of 1994, Garnet began further studies at the University of the West Indies, pursuing a Master of Sciences degree in Management Information Systems. Garnet up until now, had extensive technical training. This course exposed him to more significant management training and soft skill development, where technical and management expertise were merged. For this degree's capstone project, Garnet lead a team of two other classmates developing a porotype application requested by the country's Mistry of Health’s Epidemiology unit.  The project was well received, and the primary medical officer officially commended the team on its work, by sending a recognition letter to the schools Pro Vice Chancellor. Garnet was awarded his Master’s degree in September of 1996. Career Transition: In 1998, Garnet migrated to begin a new a new chapter in his life, when he accepted a Job in the United States, working for a company called Ciber. He was employed as a technical consultant to Ciber, doing contract work for GTE Data Services. Garnet earned employee of the month recognitions while at Ciber within the first 12 months, and employee of the year within 2 years. In August 2000, Garnet accepted a permanent position with Verizon, and continued there up until new opportunities presented themselves in October 2014. While at Verizon, Garnet received recognitions for contributions to several projects, earned individual excellence awards, and ovations. In October of 2014, Garnet assumed a new position with Syniverse Technologies, where he is presently employed.
$20-25
Subjects:
Physics,
Computer Science

Send Message
David A.
Tutor
-
Lake Worth, FL
https://tutorextra.com/profile/david/71-19207
I have been a tutor for the past 17 years. Over this time, I tutored the following courses: Pre-Algebra, Algebra I, Algebra II, Geometry, Precalculus, Calculus, Physics, Chemistry and SAT/ACT Math. I am retired. I have a BS in physics and a MS in Electrical Engineering. During the years of my employment I worked as a scientist. My final position was Vice President of Engineering/Chief Scientist. I was in charge of engineering programs, and large-scale laboratory demonstration projects. During that time, I used Math, Physics and my Chemistry knowledge. I worked and directed engineers, scientists, and non-scientific personnel. I gave presentations of the work that was done by our team. This gave me an excellent perspective on how to teach, and explain, to layman Mathematical and Scientific concepts. By extent, this gave me the background I needed in order to be an excellent tutor.
-
Subjects:
Physics,
Chemistry,
Calculus,
Geometry,
ACT