February 30 occurs on some calendars but not the Gregorian calendar, where the month of February contains only 28 days, or 29 days in a leap year. February 30 is usually used as a sarcastic date for referring to something that will never happen or will never be done. 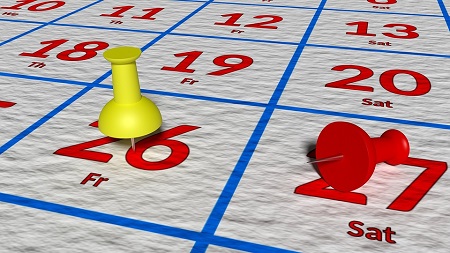 Instead of changing from the Julian calendar to the Gregorian calendar by omitting a block of consecutive days, as had been done in other countries, the Swedish Empire planned to change gradually by omitting all leap days from 1700 to 1740, inclusive. Although the leap day was omitted in February 1700, the Great Northern War began later that year, diverting the attention of the Swedes from their calendar so that they did not omit leap days on the next two occasions and 1704 and 1708 kept leap years.

The Swedish conversion to the Gregorian calendar was finally accomplished in 1753, by omitting the last 11 days of February.

Although many sources erroneously state that 30-day months were used in the Soviet Union for part or all of the period from 1929 to 1940, in fact the Soviet calendar with 5- and 6-day weeks was used only for assigning workdays and days of rest in factories. The traditional calendar remained for everyday use: surviving physical calendars from that period show only the irregular months of the Gregorian calendar, including a 28- or 29-day February so there was never a February 30 in the Soviet Union.

The thirteenth-century scholar Johannes de Sacrobosco claimed that in the Julian calendar February had 30 days in leap years from 45 BC until 8 BC, when Augustus allegedly shortened February by one day to give that day to the month of August named after him so that it had the same length as the month of July named after his adoptive father, Julius Caesar. However, all historical evidence refutes Sacrobosco, including dual dates with the Alexandrian calendar.

March 0 is an imaginary date, used (most often in astronomy and software engineering) to refer to the last day of February, as a way of allowing for the fact that the number of days in February varies in leap years.

Because evening out the months is a part of the rationale for reforming the calendar, some reform calendars, such as the World Calendar and the Hanke-Henry Permanent Calendar, contain a 30-day February. The Symmetry454 calendar contains a 35-day February.

Artificial calendars may also have 30 days in February. For example, in a climate model the statistics may be simplified by having 12 months of 30 days. The Hadley Centre General Circulation Model is an example.

In J. R. R. Tolkien's Middle-earth legendarium, the Hobbits have developed the Shire Reckoning. According to Appendix D to The Lord of the Rings, this calendar has arranged the year neatly in 12 months of 30 days each, together with holidays that are assigned to no month. The month the Hobbits call Solmath is rendered in the text as February, and therefore the date February 30 exists in the narrative.