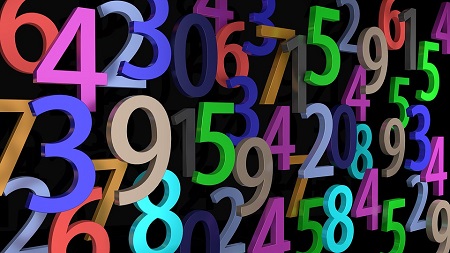 Graham's number is an enormous number that arises as an upper bound on the answer of a problem in the mathematical field of Ramsey theory. It is named after mathematician Ronald Graham, who used the number as a simplified explanation of the upper bounds of the problem he was working on in conversations with popular science writer Martin Gardner. Gardner later described the number in Scientific American in 1977, introducing it to the general public. At the time of its introduction, it was the largest specific positive integer ever to have been used in a published mathematical proof. The number was published in the 1980 Guinness Book of World Records, adding to its popular interest. Other specific integers (such as TREE(3)) known to be far larger than Graham's number have since appeared in many serious mathematical proofs, for example in connection with Harvey Friedman's various finite forms of Kruskal's theorem. Additionally, smaller upper bounds on the Ramsey theory problem from which Graham's number derived have since been proven to be valid.


However, Graham's number can be explicitly given by computable recursive formulas using Knuth's up-arrow notation or equivalent, as was done by Graham. As there is a recursive formula to define it, it is much smaller than typical busy beaver numbers. Though too large to be computed in full, the sequence of digits of Graham's number can be computed explicitly through simple algorithms. The last 12 digits are: 262464195387.

The number gained a degree of popular attention when Martin Gardner described it in the "Mathematical Games" section of Scientific American in November 1977, writing that Graham had recently established, in an unpublished proof, "a bound so vast that it holds the record for the largest number ever used in a serious mathematical proof." The 1980 Guinness Book of World Records repeated Gardner's claim, adding to the popular interest in this number. According to physicist John Baez, Graham invented the quantity now known as Graham's number in conversation with Gardner. While Graham was trying to explain a result in Ramsey theory which he had derived with his collaborator Bruce Lee Rothschild, Graham found that the quantity now known as Graham's number was easier to explain than the actual number appearing in the proof. Because the number which Graham described to Gardner is larger than the number in the paper itself, both are valid upper bounds for the solution to the problem studied by Graham and Rothschild.