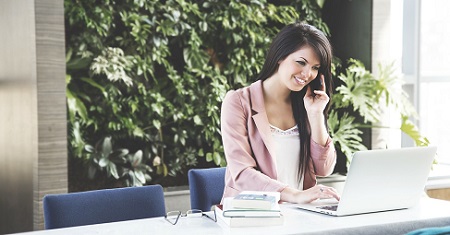 sociology, a superwoman (also sometimes called supermom) is a Western woman who works hard to manage multiple roles of a worker, a homemaker, a volunteer, a student, or other such time-intensive occupations. It was used by Marjorie Hansen Shaevitz, in her book The Superwoman Syndrome, 1984. It was the title of a 1975 book by Shirley Conran; she also wrote Superwoman 2 (1977); Superwoman in Action (1979); and Down with Superwoman: for everyone who hates housework (1990).

A number of other terms are derived from "superwoman", such as superwoman syndrome, superwoman squeeze (a pressure on a superwoman to perform well in her multiple roles), and superwoman complex (an expectation of a superwoman that she can and should do everything).

The notion of "superwoman" differs from that of "career woman" in that the latter one commonly includes sacrifice of the family life in favor of career, while a superwoman strives to excel in both.

The notion was first recognized in the post second-wave feminism American society of 1970s-1980s, with the shift of the woman's traditional role of a housewife towards a more career-oriented way of life. This life involved the pursuit of both traditional female roles in the home and with children, as well as the pursuit of traditionally masculine goals in the form of jobs and public social status.

Betty Friedan, an American feminist, in her book The Second Stage argued that "superwomanhood" of the 1980s has led to double enslavement of women, both at home and at work. Her advice for feminists was to step up to the "second stage" of the feminist movement and to struggle for reshaping both gender roles and redefining social values, styles, and institutional structures, for the fulfillment to be achievable in both public and private lives without the necessity to sacrifice one for another.