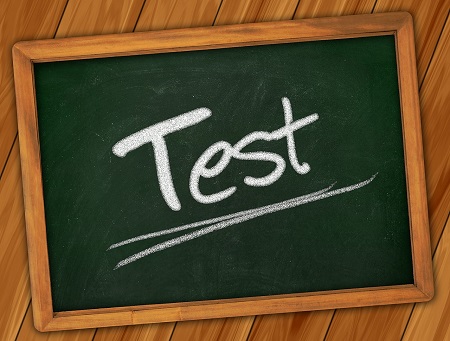 Teacher Eligibility Test known as TET is an Indian entrance examination for teachers. The test is mandatory for getting teaching jobs in government schools from Class 1 to Class 8. Paper 1 is meant for teachers opting for Class 1 to Class 5 and Paper 2 for Class 6 to Class 8. It is conducted by both Central government and State governments in India. Most states conduct their own TET. The test is conducted in order fulfill and achieve the goals of the Right of Children to Free and Compulsory Education Act. TET was introduced by the Government of India in order to improve standards in teaching. It was held for the first time in 2011. For teachers already working, they are supposed to clear the exam in two years time.

The exam is based on National Curriculum Framework. All graduates, including B.A, B.Sc, B.Com etc. are eligible to take the test. All B. Ed. graduates need to pass this exam to work as a teacher. A candidate has to score over 60 per cent to clear the eligibility test. The exam is divided into Paper 1 and Paper 2.

The National Council for Teacher Education (NCTE) maintains the database.

CBSE conducts CTET twice in a year. CTET 2016 exam is going to conduct on 21 February 2016 and 18 September 2016. CTET scores will release in March 2016 for CTET Feb and in October for CTET Sept. Approximately 9 lac applicants appear for the examination.

The rationale for including the TET as a minimum qualification for a person to be eligible for appointment as a teacher is as under:

The Ministry of Human Resource Development, Govt. of India has entrusted the responsibility of conducting the Central Teacher Eligibility Test (CTET) to the Central Board of Secondary Education Delhi.