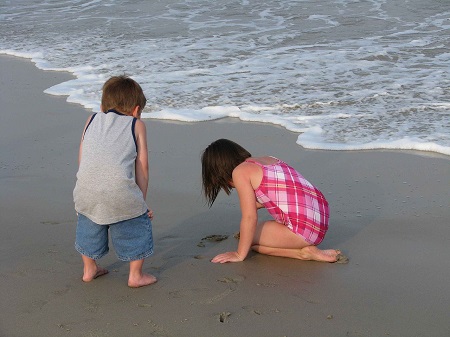 is an educational method and philosophy that advocates learner-chosen activities as a primary means for learning. Unschooling students learn through their natural life experiences including play, household responsibilities, personal interests and curiosity, internships and work experience, travel, books, elective classes, family, mentors, and social interaction. Unschooling encourages exploration of activities initiated by the children themselves, believing that the more personal learning is, the more meaningful, well-understood and therefore useful it is to the child. While courses may occasionally be taken, unschooling questions the usefulness of standard curricula, conventional grading methods, and other features of traditional schooling in the education of each unique child.

The term "unschooling" was coined in the 1970s and used by educator John Holt, widely regarded as the father of unschooling. While often considered a subset of homeschooling, unschoolers may be as philosophically separate from other homeschoolers as they are from advocates of conventional schooling. While homeschooling has been subject to widespread public debate, little media attention has been given to unschooling in particular. Critics of unschooling see it as an extreme educational philosophy, with concerns that unschooled children will lack the social skills, structure, and motivation of their schooled peers, while proponents of unschooling say exactly the opposite is true: self-directed education in a natural environment better equips a child to handle the "real world."

A fundamental premise of unschooling is that curiosity is innate and that children want to learn. From this an argument can be made that institutionalizing children in a so-called "one size fits all" or "factory model" school is an inefficient use of the children's time, because it requires each child to learn specific subject matter in a particular manner, at a particular pace, and at a specific time regardless of that individual's present or future needs, interests, goals, or any pre-existing knowledge he or she might have about the topic.

Many unschoolers believe that opportunities for valuable hands-on, community-based, spontaneous, and real-world experiences may be missed when educational opportunities are limited to, or dominated by, those inside a school building.

Unschoolers note that psychologists have documented many differences between children in the way they learn, and assert that unschooling is better equipped to adapt to these differences.

People vary in their "learning styles", that is, the preference in how they acquire new information. However, research has demonstrated that this preference is not related to increased learning or improved performance. Students have different learning needs. In a traditional school setting, teachers seldom evaluate an individual student differently from other students, and while teachers often use different methods, this is sometimes haphazard and not always with regard to an individual student.

Developmental psychologists note that just as children reach growth milestones at different ages from each other, children are also prepared to learn different things at different ages. Just as some children learn to walk during a normal range of eight to fifteen months, and begin to talk across an even larger range, unschoolers assert that they are also ready and able to read, for example, at different ages, girls usually earlier, boys later. In fact, experts have discovered that natural learning produces far greater changes in behavior than do traditional learning methods, though not necessarily an increase in the amount of information learned. Traditional education requires all children to begin reading at the same time and do multiplication at the same time; unschoolers believe that some children cannot help but be bored because this was something that they had been ready to learn earlier, and even worse, some children cannot help but fail, because they are not yet ready for this new information being taught.

Unschoolers sometimes state that learning any specific subject is less important than learning how to learn. They assert, in the words of Holt:

Since we can't know what knowledge will be most needed in the future, it is senseless to try to teach it in advance. Instead, we should try to turn out people who love learning so much and learn so well that they will be able to learn whatever must be learned.

It is asserted that this ability to learn on their own makes it more likely that later, when these children are adults, they can continue to learn what they need to know to meet newly emerging needs, interests, and goals; and that they can return to any subject that they feel was not sufficiently covered or learn a completely new subject.

Many unschoolers disagree that there is a particular body of knowledge that every person, regardless of the life they lead, needs to possess. Unschoolers argue that, in the words of John Holt, "[I]f [children] are given access to enough of the world, they will see clearly enough what things are truly important to themselves and to others, and they will make for themselves a better path into that world than anyone else could make for them."

The Role Of Parents

Parents of unschoolers provide resources, support, guidance, information, and advice to facilitate experiences that aid their children in accessing, navigating, and making sense of the world. Common parental activities include sharing interesting books, articles, and activities with their children, helping them find knowledgeable people to explore an interest with (anyone from physics professors to automotive mechanics), and helping them set goals and figure out what they need to do to meet their goals. Unschooling's interest-based nature does not mean that it is a "hands off" approach to education. Parents tend to involve themselves, especially with younger children (older children, unless new to unschooling, often need less help finding resources and making and carrying out plans). 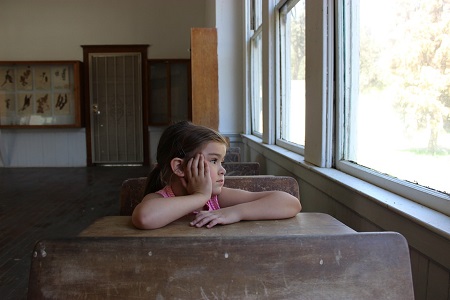 Unschoolers question schools for lessening the parent/child bond and reducing family time and creating atmospheres of fear, or atmospheres that are not conducive for learning and may not even correspond with later success.

Often those in school have a community consisting mainly of a peer group, of which the parent has little influence and even knowledge. Unschoolers may have time to share a role in their greater community, therefore relating more to older and younger individuals and finding their place within more diverse groups of people. Parents of school children also have little say regarding who their instructors and teachers are, whereas parents of unschoolers may be more involved in the selection of the coaches or mentors their children work with and with whom they build lasting and ongoing relationships.

According to unschooling pioneer John Holt, "...the anxiety children feel at constantly being tested, their fear of failure, punishment, and disgrace, severely reduces their ability both to perceive and to remember, and drives them away from the material being studied into strategies for fooling teachers into thinking they know what they really don't know." Proponents of unschooling assert that individualized, child-led learning is more efficient and respectful of children's time, takes advantage of their interests, and allows deeper exploration of subjects than what is possible in conventional education.

Others point out that some schools can be non-coercive and cooperative, in a manner consistent with the philosophies behind unschooling. Sudbury model schools are non-coercive, non-indoctrinative, cooperative, democratically run partnerships between children and adults, including full parents' partnership, where learning is individualized and child-led, and complements home education.

Success and schooling also show little correlation according to some studies, and this is a subject for debate. In the United States, school often takes a well-rounded approach that may attempt to compensate for students' weaknesses rather than building upon individual strengths and skills that they will eventually utilize professionally. Further, many highly successful people, including US presidents, scientists, actors, writers, inventors, and educators were home-schooled or dropped out of school, suggesting that education is a matter of curiosity and desire rather than academic achievement.

The term "unschooling" probably derives from Ivan Illich's term "deschooling", and was popularized through John Holt's newsletter Growing Without Schooling. In an early essay, Holt contrasted the two terms:

At this point the term was equivalent with "home schooling" (itself a neologism). Subsequently, home schoolers began to differentiate between various educational philosophies within home schooling. The term "unschooling" became used as a contrast to versions of home schooling that were perceived as politically and pedagogically "school-like," using textbooks and exercises at home, the same way they would be used at school. In 2003, in Holt's book Teach Your Own (originally published in 1981) Pat Farenga, co-author of the new edition, provided a definition:

When pressed, I define unschooling as allowing children as much freedom to learn in the world as their parents can comfortably bear.

In the same passage Holt stated that he was not entirely comfortable with this term, and that he would have preferred the term "living". Holt's use of the term emphasizes learning as a natural process, integrated into the spaces and activities of everyday life, and not benefiting from adult manipulation. It follows closely on the themes of educational philosophies proposed by Jean-Jacques Rousseau, Paul Goodman, and A.S. Neill.

At Holt's death the newsletter GWS ceased. Thereafter a range of unschooling practitioners and observers defined the term in various ways. For instance, the Freechild Project defines unschooling as:

the process of learning through life, without formalized or institutionalized classrooms or schoolwork.

New Mexico homeschooling parent Sandra Dodd proposed the term "Radical Unschooling" to emphasize the complete rejection of any distinction between educational and non-educational activities. Radical Unschooling emphasizes that unschooling is a non-coercive, cooperative practice, and seeks to promote those values in all areas of life. These usages share an opposition to traditional schooling techniques and the social construction of schools. Most emphasize the integration of learning into the everyday life of the family and wider community. Points of disagreement include whether unschooling is primarily defined by the initiative of the learner and their control over the curriculum, or by the techniques, methods, and spaces being used.

Unschooling is a form of home education, which is the education of children at home rather than in a school. Home education is often considered synonymous with homeschooling.

Unschooling contrasts with other forms of home education in that the student's education is not directed by a teacher and curriculum. Unschooling is a real-world implementation of "The Open Classroom" methods promoted in the late 1960s and early 1970s, without the school, classrooms or grades. Parents who unschool their children act as facilitators, providing a range of resources, helping their children access, navigate, and make sense of the world, and aiding them in making and implementing goals and plans for both the distant and immediate future. Unschooling expands from children's natural curiosity as an extension of their interests, concerns, needs, goals, and plans.

Concerns about socialization are often a factor in the decision to unschool. Many unschoolers believe that the conditions common in conventional schools, like age segregation, a low ratio of adults to children, a lack of contact with the community, a lack of people in professions other than teachers or school administration, an emphasis on the smarter children, shaming of the failing children, and an emphasis on sitting, create an unhealthy social environment.

Commonly, unschooling is said to broaden the diversity of people or places, which an unschooler may access, while simultaneously noting that, compared to many student populations, unschoolers may be more selective in choosing peer groups, mentors, etc. Unschoolers cite studies that report that home educated students tend to be more mature than their schooled peers, and some believe this is a result of the wide range of people they have the opportunity to interact with. Critics of unschooling, on the other hand, argue that unschooling inhibits social development by removing children from a ready-made peer group of diverse individuals. 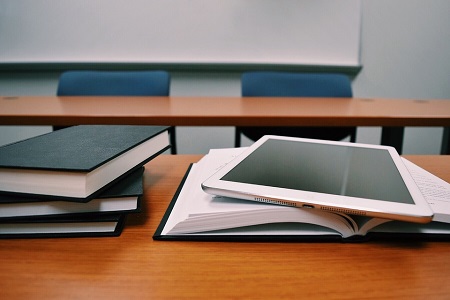 about the merits of unschooling raise concerns on its absence of the following qualities, compared to established systems: