The expanding Earth or growing Earth hypothesis asserts that the position and relative movement of continents is at least partially due to the volume of Earth increasing. Conversely, geophysical global cooling was the hypothesis that various features could be explained by Earth contracting.

Although it was suggested historically, since the recognition of plate tectonics in the 1970s, scientific consensus has rejected any significant expansion or contraction of Earth.

Different forms of the hypothesis

There are 3 forms of the expanding earth hypothesis. 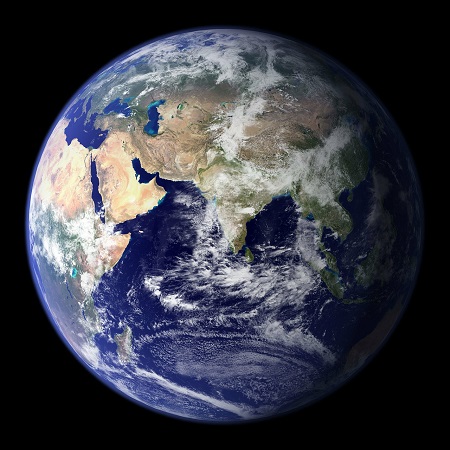 1834, during the second voyage of HMS Beagle, Charles Darwin investigated stepped plains featuring raised beaches in Patagonia which indicated to him that a huge area of South America had been "uplifted to its present height by a succession of elevations which acted over the whole of this space with nearly an equal force." While his mentor Charles Lyell had suggested forces acting near the crust on smaller areas, Darwin hypothesized that uplift at this continental scale required "the gradual expansion of some central mass" [of the earth] "acting by intervals on the outer crust" with the "elevations being concentric with form of globe (or certainly nearly so)". In 1835 he extended this concept to include the Andes as part of a curved enlargement of the earth's crust due to "the action of one connected force". Not long afterwards, he moved on from this idea and proposed that as mountains rose, the ocean floor subsided, explaining the formation of coral reefs.

In 1889 and 1909 Roberto Mantovani published a hypothesis of Earth expansion and continental drift. He assumed that a closed continent covered the entire surface of a smaller Earth. Thermal expansion led to volcanic activity, which broke the land mass into smaller continents. These continents drifted away from each other because of further expansion at the rip-zones, where oceans currently lie. Although Alfred Wegener noticed some similarities to his own hypothesis of continental drift, he did not mention Earth expansion as the cause of drift in Mantovani's hypothesis.

A compromise between Earth-expansion and Earth-contraction is the "theory of thermal cycles" by Irish physicist John Joly. He assumed that heat flow from radioactive decay inside Earth surpasses the cooling of Earth's exterior. Together with British geologist Arthur Holmes, Joly proposed a hypothesis in which Earth loses its heat by cyclic periods of expansion. In their hypothesis, expansion led to cracks and joints in Earth's interior, that could fill with magma. This was followed by a cooling phase, where the magma would freeze and become solid rock again, causing Earth to shrink.

In 1888 Ivan Osipovich Yarkovsky suggested that some sort of aether is absorbed within Earth and transformed into new chemical elements, forcing the celestial bodies to expand. This was connected with his mechanical explanation of gravitation. Also the theses of Ott Christoph Hilgenberg (1933, 1974) and Nikola Tesla (1935) were based on absorption and transformation of aether-energy into normal matter.

After initially supporting continental drift, the late Australian geologist S. Warren Carey advocated expansion from the 1950s (before the development of plate tectonics provided the generally accepted explanation of the movement of continents) to his death, demonstrating that subduction and other events could not balance the sea-floor spreading at oceanic ridges, and piling yet unresolved paradoxes that continue to plague plate tectonics. Starting in 1956, he proposed some sort of mass increase in the planets and said that a final solution to the problem is only possible in a cosmological perspective in connection with the expansion of the universe. 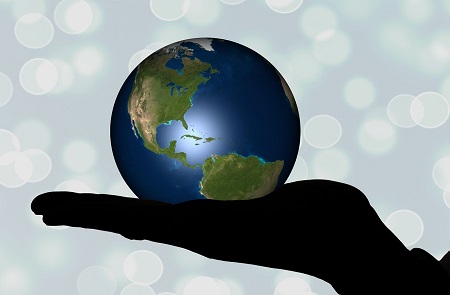 Bruce Heezen initially interpreted his work on the mid-Atlantic ridge as supporting S. Warren Carey's Expanding Earth Theory, but later withdrew his support, finally convinced by the data and analysis of his assistant, Marie Tharp. The remaining proponents after the 1970s, like the Australian geologist James Maxlow, are mainly inspired by Carey's ideas.

In the last few decades, no credible mechanism of action has been proposed for this addition of new mass, and there is no credible evidence for new mass having been added in the past. The increased gravity of Earth would have altered the orbits of the celestial objects in the Solar System, including Moon's orbit and Earth's own orbit; proponents have no adequate explanation to address this problem. This is a big obstacle for acceptance of the theory by other geologists.

It is a well known fact that the earth is constantly acquiring mass through accumulation of rocks and dust from space, as are all other planetary bodies in our system. According to NASA, "Every day about 100 tons of meteoroids -- fragments of dust and gravel and sometimes even big rocks – enter the Earth's atmosphere." The majority of this debris burns up in the atmosphere and lands as dust. Such accretion, however, is only a minuscule fraction of the mass increase required by the expanding Earth hypothesis.

Decrease of the gravitational constant

Paul Dirac suggested in 1938 that the universal gravitational constant had decreased in the billions of years of its existence. This led German physicist Pascual Jordan to a modification of general relativity and to propose in 1964 that all planets slowly expand. Contrary to most of the other explanations this one was at least within the framework of physics considered as a viable hypothesis.

Measurements of a possible variation of the gravitational constant showed an upper limit for a relative change of 5•10−12 per year, excluding Jordan's idea.

The hypothesis had never developed a plausible and verifiable mechanism of action. During the 1960s, the theory of plate tectonics—initially based on the assumption that Earth's size remains constant, and relating the subduction zones to burying of lithosphere at a scale comparable to seafloor spreading—became the accepted explanation in the Earth Sciences.

The scientific community finds that significant evidence contradicts the Expanding Earth theory, and that evidence used in support of it is better explained by plate tectonics. 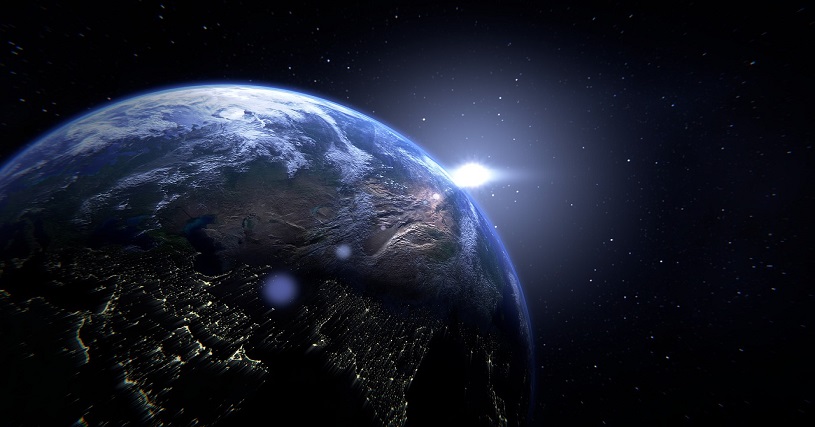